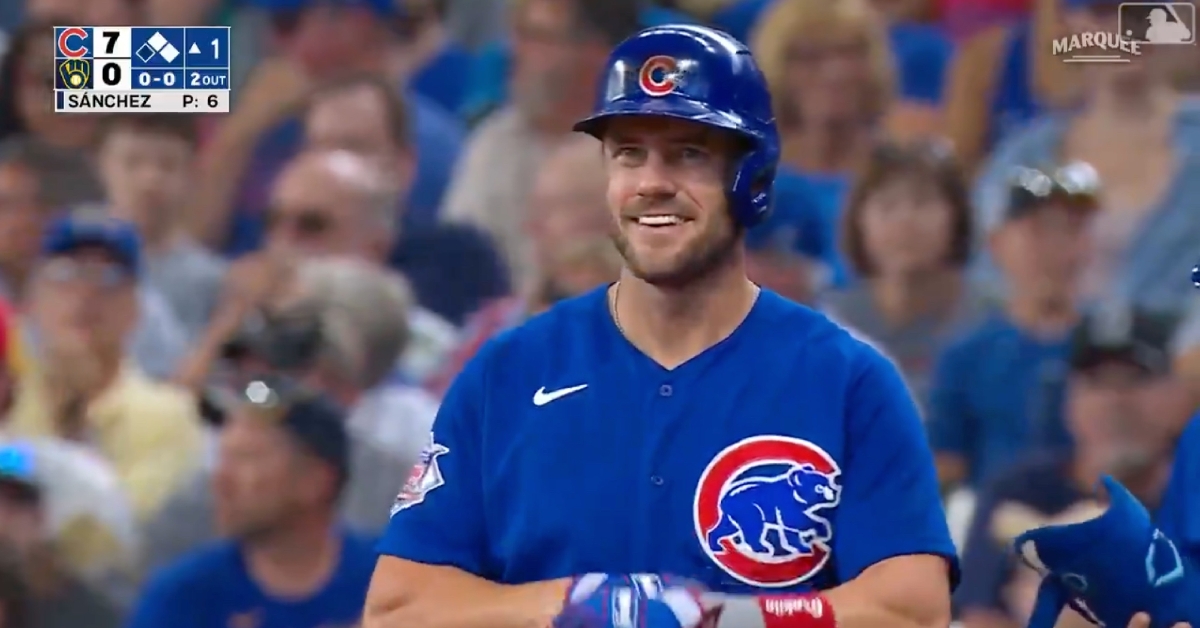 Patrick Wisdom finished off the seven-run surge with a broken-bat single that pushed two runs across.

MILWAUKEE — Milwaukee Brewers manager Craig Counsell opted to give starter Corbin Burnes an extra day of rest and instead started Aaron Ashby in his big league debut against the Chicago Cubs on Wednesday. Counsell may have quickly come to regret that decision, as the Cubs chased Ashby from his short-lived start at American Family Field in the first inning.

Jumping out to a sizable lead in the top of the first, the Cubs pushed seven runs across out of the gate, marking the second-highest single-inning run total for the North Siders this season. The Cubs paid the Brewers back for the 10-run eighth inning the Brew Crew manufactured in a 14-4 defeat of the Cubs on Monday and also seriously hurt the Brewers' chances of recording a three-game sweep.

Shortstop Willy Adames squandered a potential double play by letting a grounder hit by center fielder Jake Marisnick roll under his glove. Pederson scored on the play, and Marisnick was credited with an RBI. Baez reached third base due to the Adames fielding error, and, after right fielder Ian Happ lined out, "El Mago" came home on a bunt single by third baseman Eric Sogard.

Small gifts from the baseball gods to let you know they still care. ??#CubTogether pic.twitter.com/1FyPM6Cufe

Marisnick and Sogard executed a double steal, and a wild pitch scored Marisnick and moved Sogard to third base. Sogard was tagged out attempting to score on a grounder hit by second baseman Sergio Alcantara, but starter Jake Arrieta and Contreras were walked in consecutive plate appearances after that, resulting in a pitching change.

With two outs, Wisdom capped off the opening-inning barrage via a broken-bat single off reliever Miguel Sanchez. The two-run base knock ushered Alcantara and Arrieta home. The marathon half-inning ended with the 11th plate appearance, as Sanchez struck Pederson out swinging, stranding Contreras and Wisdom. The much-needed offensive onslaught made for a pleasant change of pace for a Cubs team that has been struggling at the plate as of late.