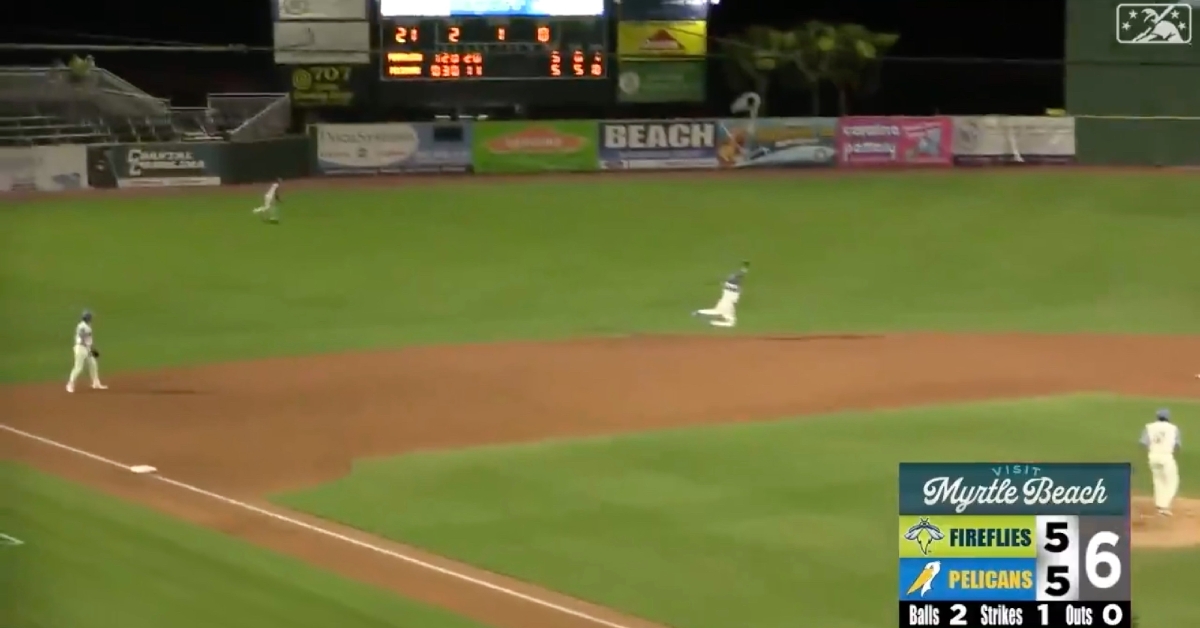 Ed Howard flashed the leather via an impressive airborne snag that had Javier Baez's name written all over it.

MYRTLE BEACH, S.C. — When Ed Howard was drafted by the Chicago Cubs at No. 16 overall in the 2020 MLB Draft, he was viewed as the eventual replacement for Javier Baez as the Cubs' starting shortstop. Howard certainly looked the part of Baez's successor with an incredible defensive highlight on Friday, which occurred with the Columbia Fireflies and Myrtle Beach Pelicans tied 5-5 at TicketReturn.com Field.

Playing for the Pelicans, the Cubs' Low-A affiliate, Howard pulled off a remarkable leaping catch to rob Fireflies catcher Kale Emshoff of a base knock. Howard went airborne and snagged a line drive hit by Emshoff in the top of the sixth. The Cubs' No. 5-rated prospect was able to hang onto the ball after plummeting to the infield dirt, thus completing the defensive feat, which "El Mago" would have been proud to witness.

THE SNAG AND THE OUT!@ehowardIV do it kid!

The @Cubs’ No. 5 prospect lays out to snare a liner for @Pelicanbaseball. pic.twitter.com/C97dcdUInc