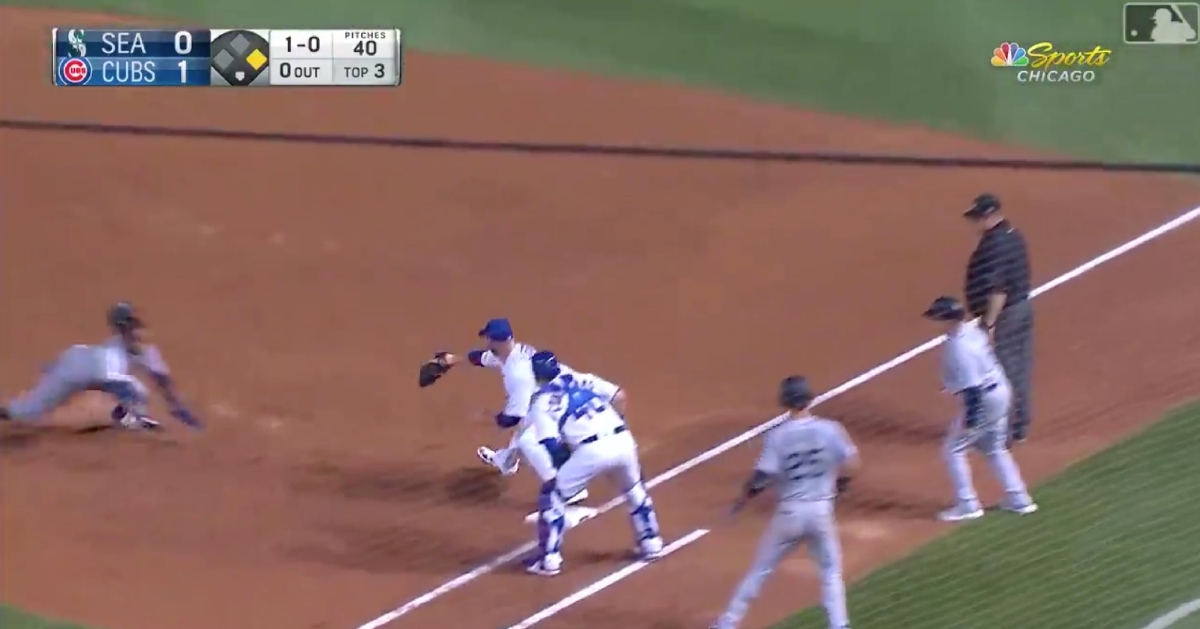 The Seattle Mariners' Mallex Smith was irked after being doubled off at first base as part of a 9-1 double play.

CHICAGO — There probably have not been too many 9-1 double plays in the history of Major League Baseball, but the Chicago Cubs pulled one off on Tuesday due to bad baserunning by a member of the opposing team. Mallex Smith of the Seattle Mariners was doubled off at first base after a fly ball was caught in right field, and he threw a brief tantrum after the unorthodox double play took place.

With the Cubs and the Mariners facing off at Wrigley Field, Smith was hit by a pitch thrown by Cubs starter Jon Lester to start off the third inning. Smith then attempted to steal second base and did not realize that the batter hit a popup until it was too late. After Cubs right fielder Nicholas Castellanos caught the flyout, he fired the baseball to Lester, who covered first base, to out Smith as he failed to slide back to the bag in time.