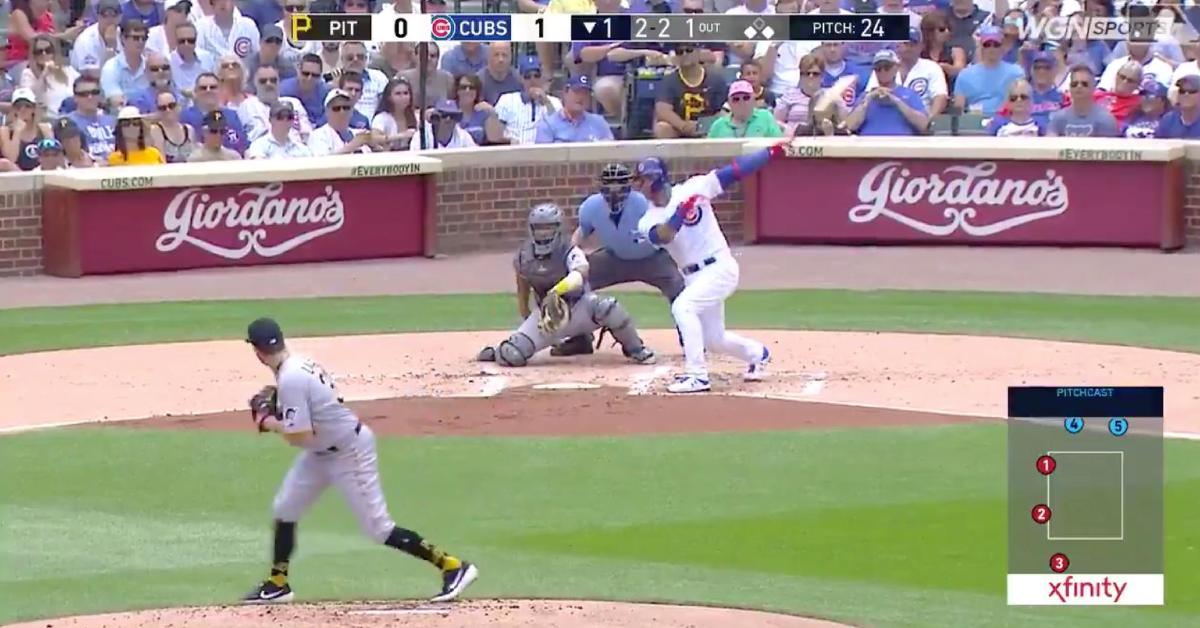 Willson Contreras was responsible for three of the Cubs' seven opening-inning runs scoring, as he smacked a 3-run blast.

CHICAGO — The Chicago Cubs wasted no time in taking a commanding lead over the Pittsburgh Pirates on Saturday. Going up 7-0 in the first frame, the Cubs chased Pirates starter Jordan Lyles from the game before the inning was even over. Lyles walked two of the first three batters in the bottom of the first, which led to Cubs first baseman Anthony Rizzo taking advantage of a Pirates shift and driving in a run with an opposite-field single.

Cubs catcher Willson Contreras followed that up with a 407-foot blast out to right-center. The 3-run homer at Wrigley Field marked Contreras' 19th long ball of the season, and it made the score 4-0. Lyles continued to struggle after that, as he gave up an ensuing double before walking a batter. Following a strikeout, Cubs starter Jon Lester came through at the plate with a 2-out single that pushed two runs across. The base knock to deep left doubled Lester's RBI total from two to four.

The North Siders batted around in the first, and once left fielder Kyle Schwarber drew his second walk of the inning, Lyles was finally pulled. Reliever Chris Stratton replaced Lyles and proceeded to give up an RBI double to Cubs shortstop Javier Baez. Lester scored on the play, providing Chicago with a 7-run advantage. In 12 opening-inning plate appearances, the Cubs accrued seven runs on five hits and four walks. They also were an impressive 4-for-6 with runners in scoring position in the bottom of the first.

Fine, we’re not allowed to complain about the shift for a couple innings. pic.twitter.com/aj201xrNdS