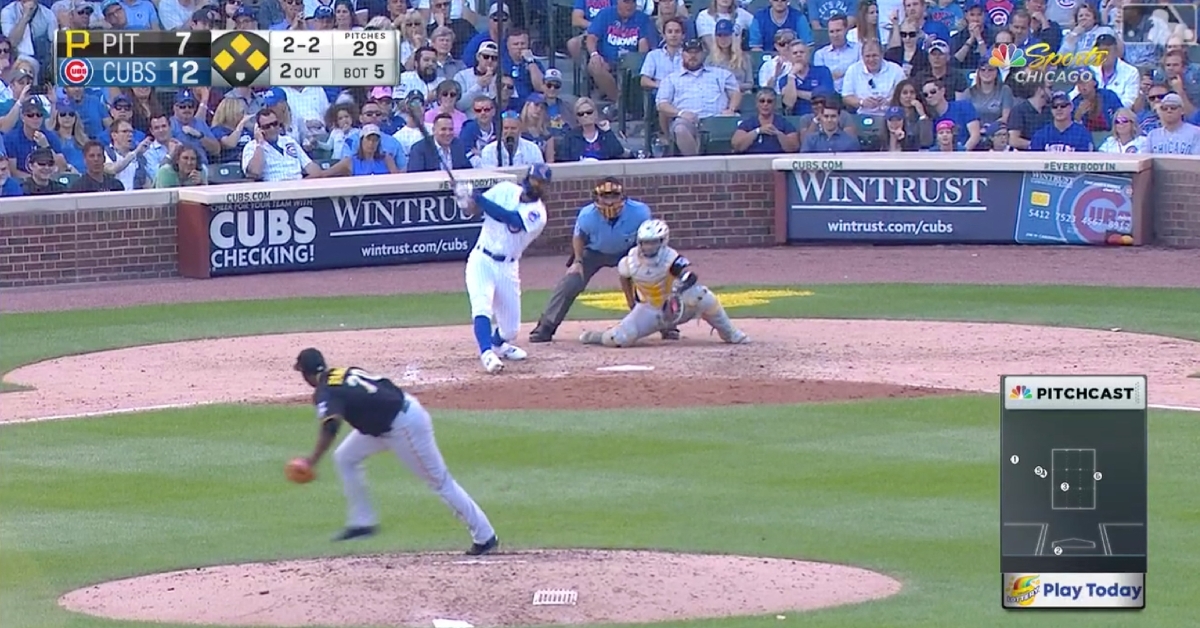 In a pinch-hitting spot, Jason Heyward cleared the bases with a 3-run double as part of a 7-run inning for the Cubs.

CHICAGO — Becoming the first team in the majors this season to score five or more runs in three separate innings of a game, the Chicago Cubs plated seven runs in the bottom of the fifth on Friday. Increasing their lead over the Pittsburgh Pirates to 10 runs, the Cubs went up 17-7 at Wrigley Field.

The Cubs tallied seven hits in the 7-run frame, and all seven of them came with two outs. Following two strikeouts to begin the bottom half of the fifth, the Cubs loaded the bases before recent call-up Nico Hoerner became the first Cub since 1943 to accrue eight RBI in his first five big-league games.

Hoerner hit a 2-run single that put the Cubs up 12-7 and then advanced to second base on a wild pitch. With the bases loaded, Jason Heyward entered as a pinch hitter and proceeded to smack a bases-clearing double.

Heyward scored soon afterward on an RBI base knock from Tony Kemp, and, a few at-bats later, Nicholas Castellanos drilled a 2-run double to the wall in left-center. As a result, Castellanos became the first outfielder since 2007 to collect at least 25 home runs and 50 doubles in a season.