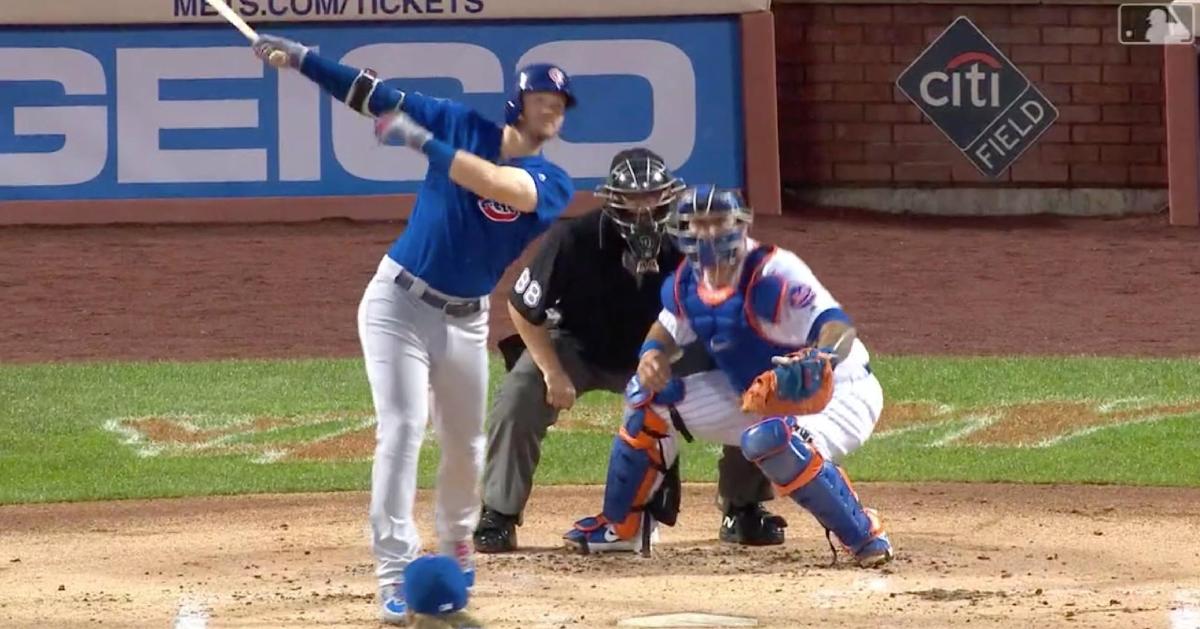 On Wednesday night, the Chicago Cubs showed out at the plate in the first inning, taking a 6-0 lead over the New York Mets.

NEW YORK — The Chicago Cubs took New York Mets ace Noah Syndergaard to task in the top of the first on Wednesday. Plating six runs at Citi Field, the Cubs opened the floodgates right out of the gate.

Syndergaard was able to out the first batter, but he then beaned Nicholas Castellanos with a pitch and gave up an ensuing single to Kris Bryant. Javier Baez next hit a dribbler that led to a costly error for the Mets.

After Mets shortstop Amed Rosario fielded the ground ball, he made a risky flip to second base when he could have recorded the routine out at first base. The risk did not pay off for Rosario, as it resulted in a throwing error that scored Castellanos.

Kyle Schwarber followed that up with an RBI double to right field, and Addison Russell proceeded to collect a 2-run bloop single that landed in shallow right field. In the next at-bat, Ian Happ capped off the scoring barrage with a 2-run home run to left-center, which put the Cubs up 6-0.