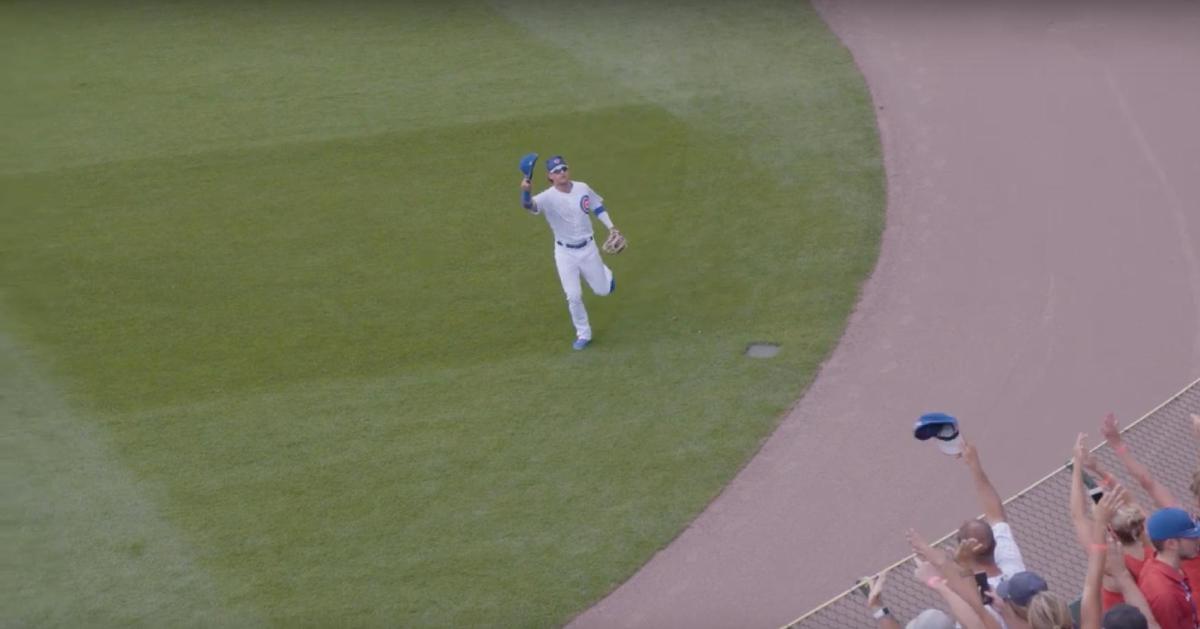 Albert Almora Jr. credited the diehard fans in the outfield bleachers for helping make his experience playing at Wrigley Field so special.

CHICAGO — The Chicago Cubs' YouTube account recently uploaded a video in which Cubs starting outfielders Albert Almora Jr., Jason Heyward and Kyle Schwarber discuss what it is like to play in the outfield at Wrigley Field. While being interviewed for the video, each player heaped praise on the "Bleacher Bums" and said that playing at the Friendly Confines was unlike anything that they had ever experienced in their baseball careers.

Schwarber shed some light on his pregame routine in the outfield, which includes acknowledging the fans and dancing for them, and Almora and Heyward both talked about how they always tip their caps and show appreciation for their supporters in the outfield seats. From the ivy-covered wall to the infectious energy in the bleachers, the experience of playing in the outfield at Wrigley Field is, according to the aforementioned Cubs outfielders, one of a kind.