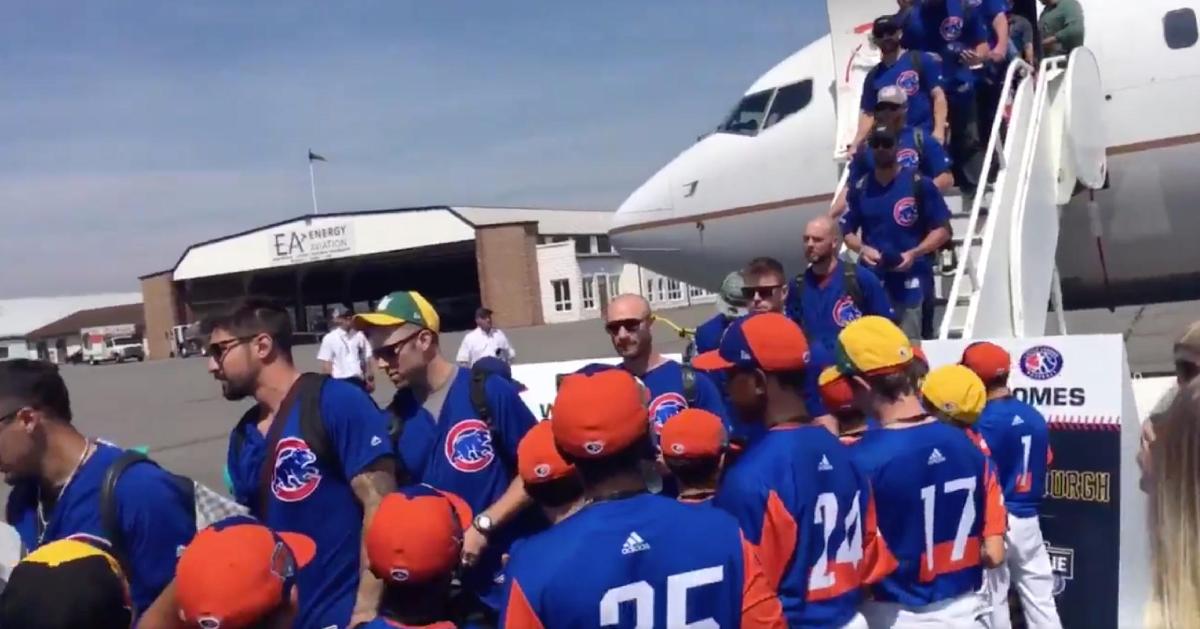 A sizable group of Little League players served as the Chicago Cubs' welcoming party at the airport.

WILLIAMSPORT, Pa. — The Chicago Cubs arrived in Williamsport, Pa., for the annual MLB Little League Classic on Sunday, with the Cubs set to battle the Pittsburgh Pirates in the third installment of the event. The Little League World Series is currently underway at BB&T Ballpark at Historic Bowman Field, which is where the Cubs and the Pirates will square off, and the new tradition is intended to connect America's national pastime at the professional level and the youth level.

When the Cubs' plane arrived at the airport on Sunday, Cubs coaches and players were greeted by a long line of little leaguers hoping to meet some of their baseball idols. Autographs and selfies were exchanged, and the Cubs were clearly thrilled to have the chance to chat with the young fans. Star Cubs infielders Javier Baez and Kris Bryant were fan favorites, with several little leaguers posing for photographs with the All-Stars.

Autographs and selfies as the Cubs make their way to the bus... pic.twitter.com/oGhic5ZBDl