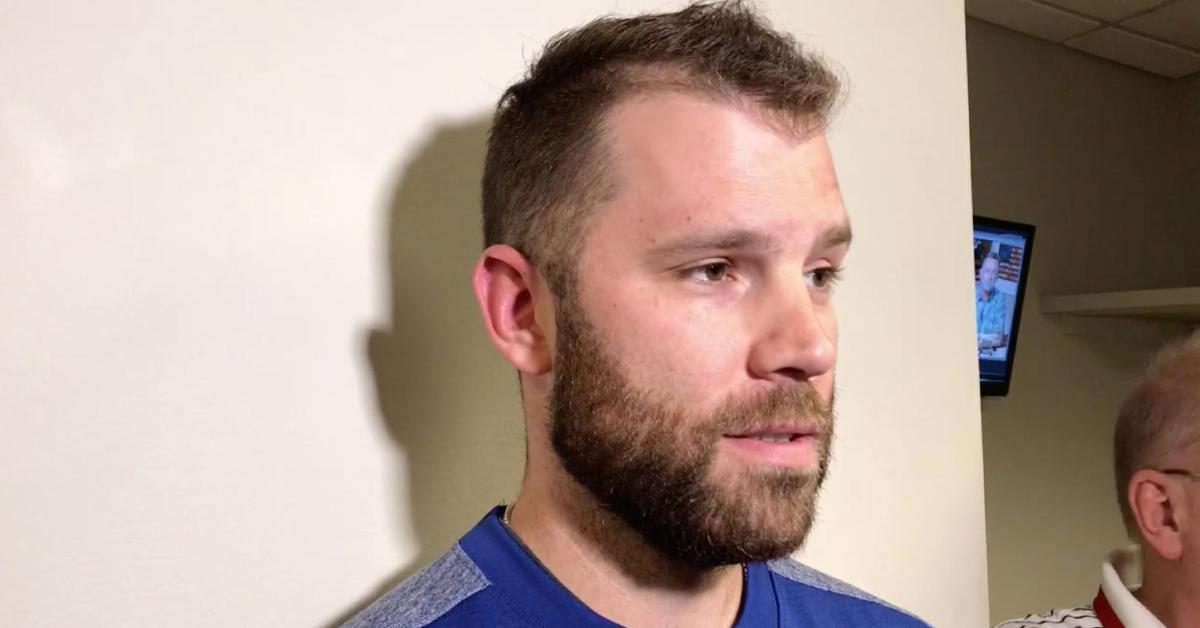 Veteran relief pitcher David Phelps spoke with the media about his trade to the Chicago Cubs.

ST. LOUIS — Veteran reliever David Phelps was acquired by the Chicago Cubs on Tuesday, and he arrived to join the club at Busch Stadium on Wednesday ahead of the Cubs' matchup against the St. Louis Cardinals. Phelps, 32, was dealt to the Cubs by the Toronto Blue Jays in exchange for minor leaguer Thomas Hatch after appearing in just 17 games with the Blue Jays as part of an injury-plagued 2019 campaign.

Phelps chatted with reporters on Wednesday and shared the interesting story of how he was traded and then driven to his hometown of St. Louis by his father. After admitting that he was a Cardinals fan while growing up, Phelps said that he was "fired up" to be joining a Cubs team with a fan atmosphere that he described as "special."