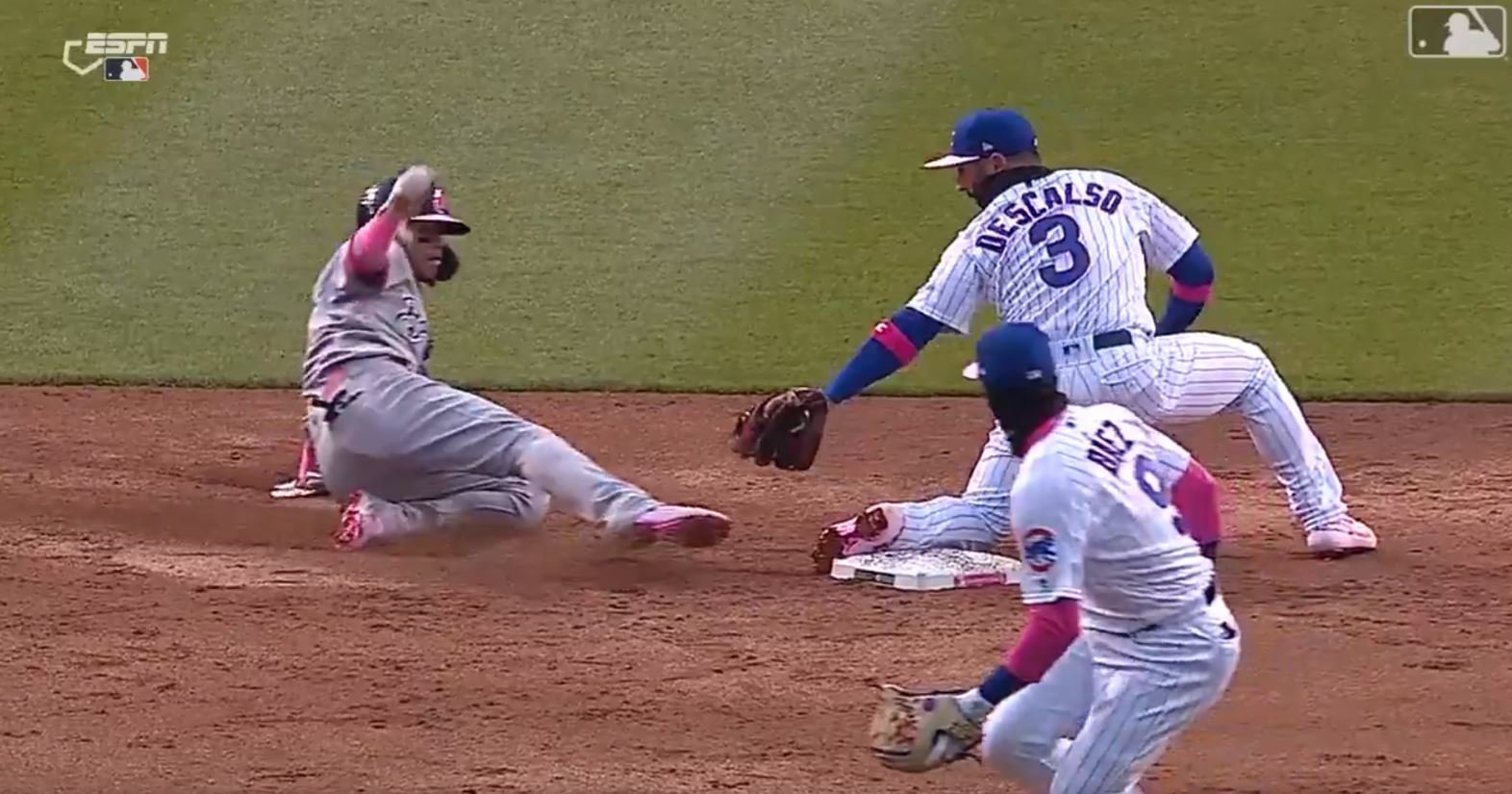 Daniel Descalso has shown out at the plate and in the field for the Cubs this season. (Credit: Rick Scuteri-USA TODAY Sports)

With a "strike him out, throw him out" double play, the Chicago Cubs ended the top half of the third inning in their matchup with the Milwaukee Brewers on Sunday with an interesting play at second base. Brewers shortstop Orlando Arcia attempted to steal second on a strike-3 swing by Brewers center fielder Lorenzo Cain, and Cubs catcher Willson Contreras successfully threw him out.

Cubs second baseman Daniel Descalso aided Contreras on the play by sneakily blocking the bag with his cleat, thereby resulting in Arcia, who slid feet first, sliding directly into Descalso's foot. Arcia would have likely been safe if not for the impediment, and Descalso's wily move enabled him to tag Arcia out with no threat of him touching the bag. The inning-ending double play was made possible by Contreras' great throw from behind the plate, but Descalso's heady play made the ultimate difference.