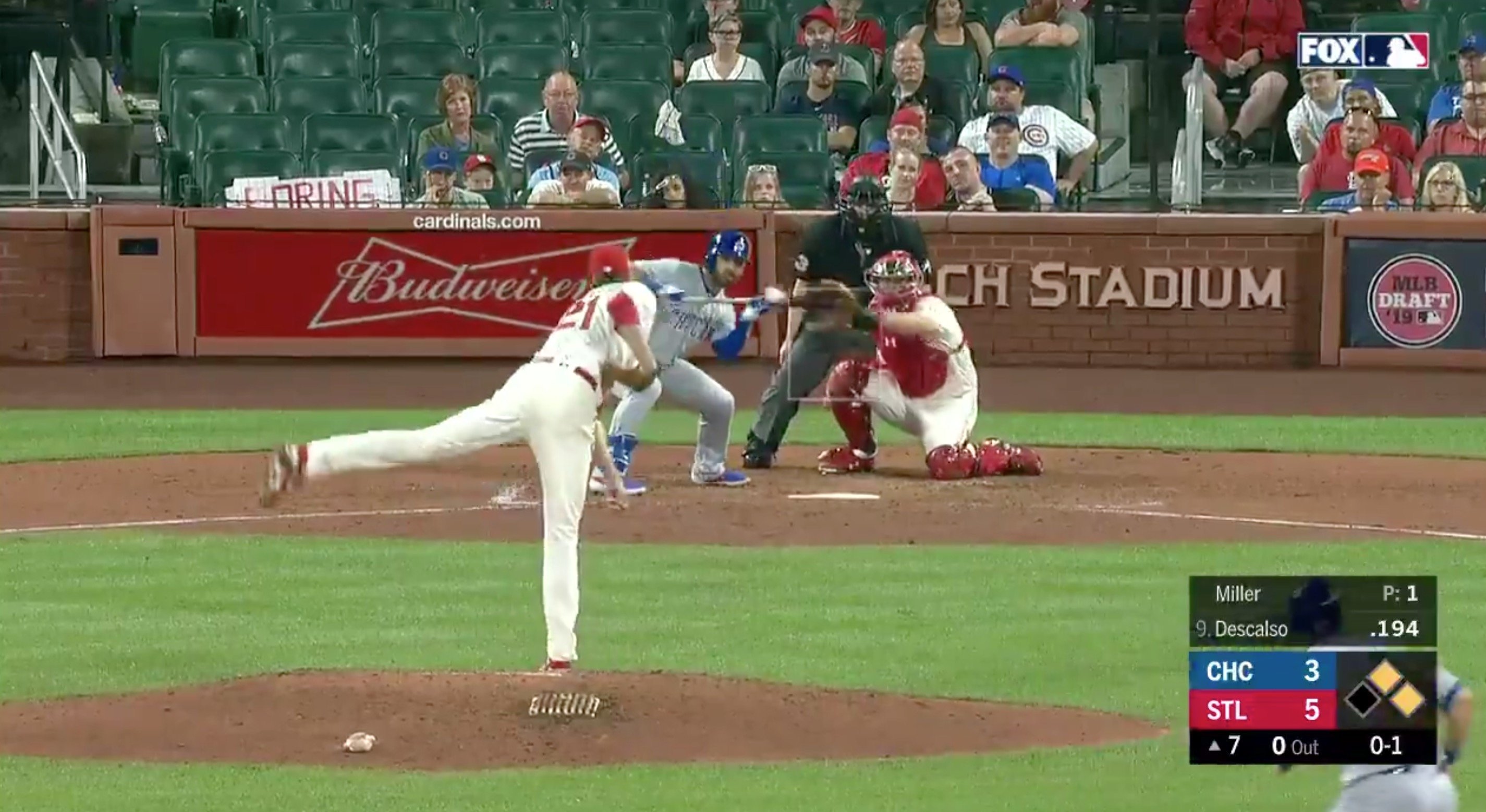 Daniel Descalso turned what initially appeared to be an ill-fated bunt attempt into a single. (Credit: Patrick Gorski-USA TODAY Sports)

A bunt single, of all things, is what ended the Cubs' inglorious 0-for-25 stretch with runners in scoring position, as Cubs utility player Daniel Descalso, who spent the first five years of his career playing for the St. Louis Cardinals, tallied a hit on an unorthodox bunt against the Cardinals at Busch Stadium on Saturday night. With the Cubs trailing 5-3 and runners on first and second with no outs in the top of the seventh, Descalso opted to lay down a bunt that did not go according to plan.

Making really hard contact on a high pitch that Descalso probably should have pulled his bat back on, Descalso drilled a bunt that skirted passed Cardinals reliever Andrew Miller, who stumbled off the mound while attempting to field the baseball. Descalso was able to reach first safely and was credited with a single, thereby ending a dreadful streak for Chicago. The Cubs sported a bases-loaded situation after that and tacked on another run in the frame to pull within one of the Cardinals.