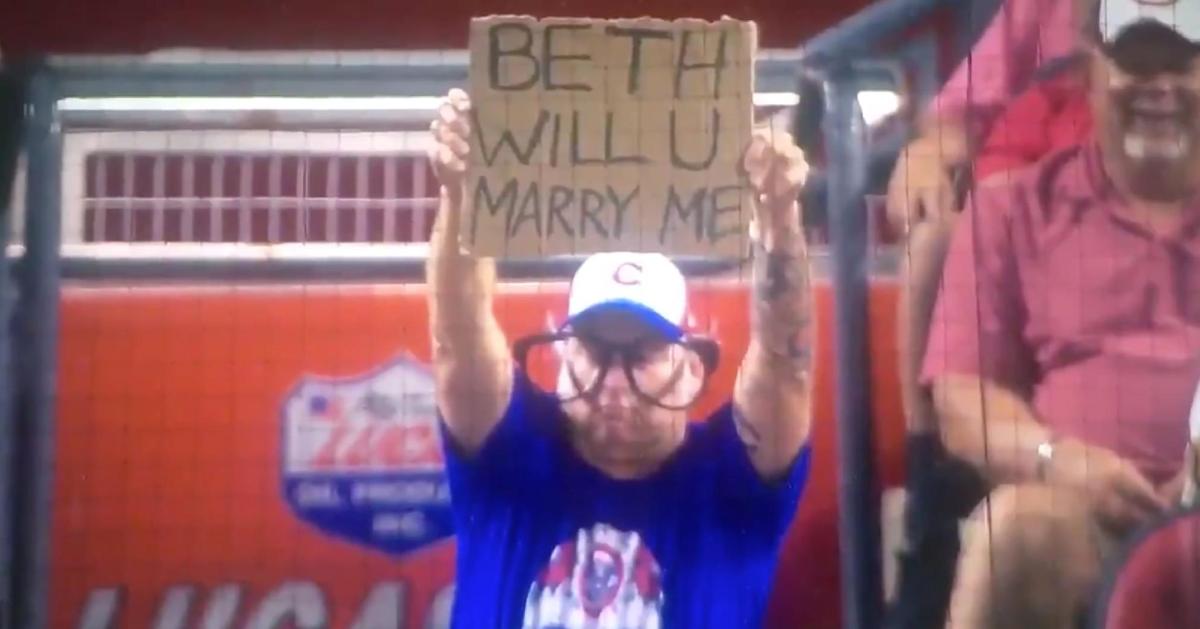 CINCINNATI — Using a marriage proposal written in permanent marker on a piece of cardboard, a Chicago Cubs fan, who was very obviously under the influence of multiple alcoholic beverages, asked a woman to marry him via the broadcast of the Cubs' game against the Cincinnati Reds on Saturday. The inebriated man donned Harry Caray glasses and a Cubs-themed Grateful Dead T-shirt that complement the tattoo of the Cubs' logo on his arm, and, instead of sitting in the nosebleeds where he belonged, he found himself sitting in a great seat behind home plate at Great American Ball Park.

As a result, the man used his ideal seating arrangement to ask a lady by the name of Beth to marry him on live television, and the camera fixated on home plate caught him brandishing his crudely made poster for all to see. A reporter for the Reds' broadcast caught up with the tipsy fan, whose name is Jeremy, and discovered that Beth witnessed the proposal and called Jeremy on his cellphone to accept it. Appropriately, Jeremy offered to buy drinks for all of the fans sitting around him in celebration of his redneck romance being taken to the next level.

A drunk Cubs fan just did an amazing marriage proposal during tonight’s game in Cincinnati ?? pic.twitter.com/ZehOY9mmSJ