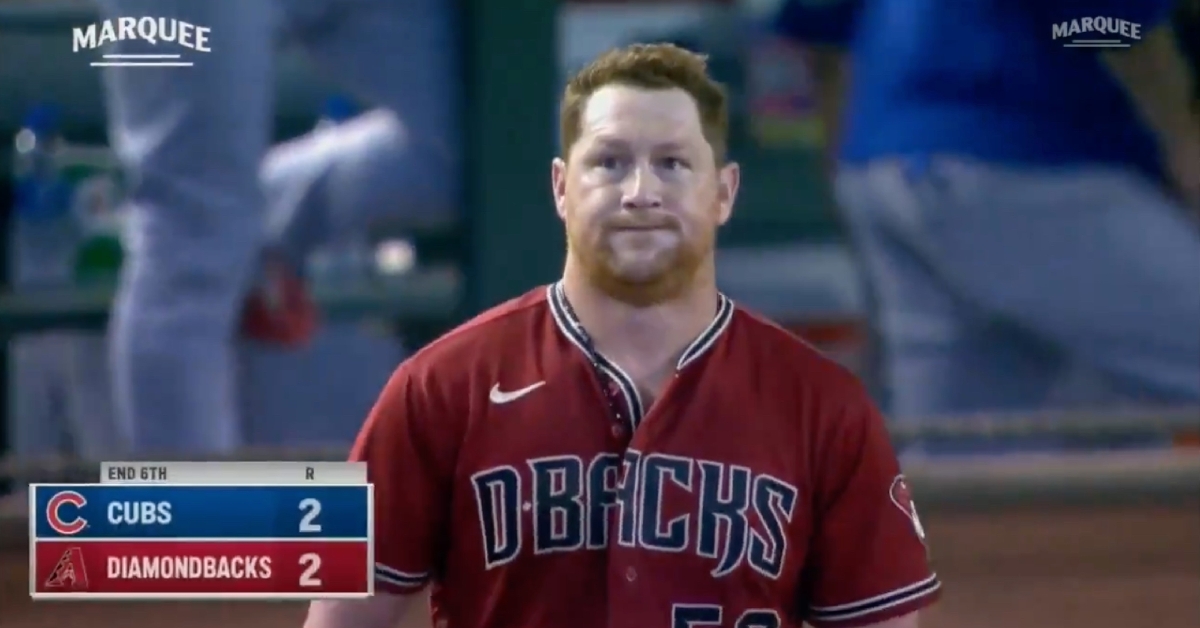 PHOENIX — Somewhat similar to the miscues committed by the Pittsburgh Pirates in the iconic play that saw Chicago Cubs shortstop Javier Baez cause a defensive implosion, a baserunning blunder suffered by Arizona Diamondbacks right fielder Kole Calhoun led to an embarrassing double play for the D-backs on Sunday. The Cubs turned two, and Calhoun's gaffe made the inning-ending double play possible.

The Diamondbacks placed runners on second and third with one out in the bottom of the sixth, and Adam Morgan then relieved Kyle Ryan at Chase Field. After walking a batter, Morgan benefited from Calhoun's mistake, as he escaped the bases-loaded jam with the 2-2 tie still intact.

Calhoun hit a chopper to first baseman Anthony Rizzo, who fired home to catcher Willson Contreras for a force out. Meanwhile, Calhoun fell down while trying to avoid getting in the way of Rizzo's throw but apparently assumed that the ball was foul.

As a result, Contreras threw Calhoun out at first, even though Calhoun could have easily reached base had he not slowly gotten back to his feet and expected a foul ball to be called. Morgan covered the bag and caught Contreras' throw, resulting in a rare 3-2-1 double play. Calhoun made a couple of spectacular catches earlier in the game, but his baserunning performance did not stack up against his defensive showing.