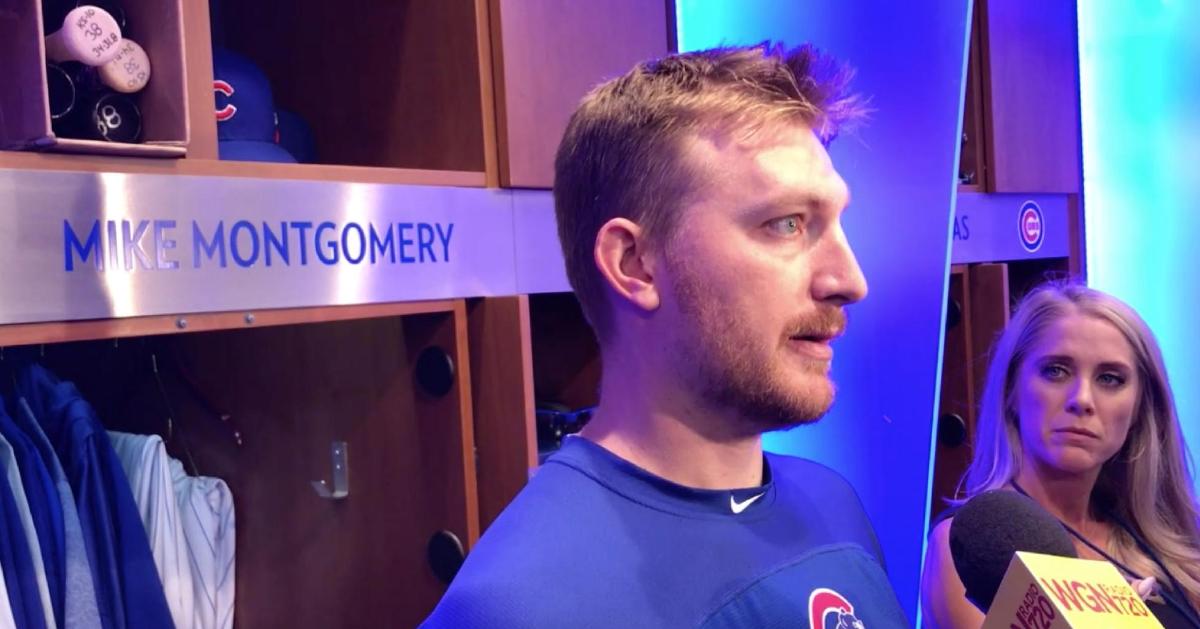 After being traded by the Chicago Cubs, relief pitcher Mike Montgomery reflected on his iconic 2016 World Series save.

CHICAGO — In the midst of his fourth season with the Chicago Cubs, left-handed reliever Mike Montgomery was shipped to the Kansas City Royals for catcher Martin Maldonado on Monday night, thereby ending a Cubs tenure for the 30-year-old pitcher that included an iconic save in 2016. Recording the final out in the 10th inning of Game 7 in the 2016 World Series, Montgomery was on the right end of Cubs history.

Montgomery was acquired by the Cubs in July of 2016, and, three months later, he wound up finishing off the Cubs' 8-7 victory over the Cleveland Indians that provided the North Siders with their first World Series title since 1908. After receiving the news that he was being dealt to the Royals, Montgomery was somewhat emotional while speaking with reporters. Describing the Game 7 save as something that "he can look back and really be proud of," Montgomery spoke glowingly of his experience as a Cub in his final press session with Cubs media.

You threw the most important pitch in Cubs history and we will be forever grateful for what you helped bring the city of Chicago.

Thanks for everything Monty, Cubs legend. pic.twitter.com/iiGHcATcch