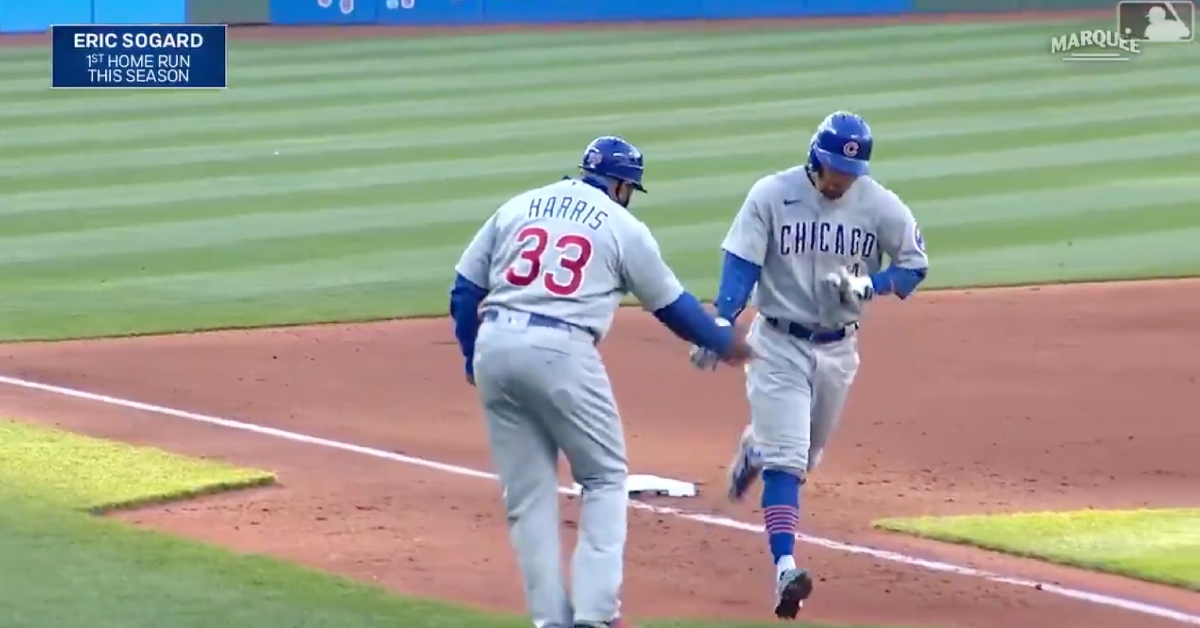 34-year-old Eric Sogard, who joined the Cubs in the offseason, tallied his first homer of the year on Tuesday.

CLEVELAND — Going yard for the first time in a Chicago Cubs uniform, veteran middle infielder Eric Sogard put the Cubs up 2-1 over the Cleveland Indians on Tuesday. The fifth-inning solo shot for Sogard, who started at shortstop on the evening, snuck just inside the foul pole down the right field line and left the yard.

Indians ace Shane Bieber gave up the go-ahead dinger at Progressive Field, which led off the fifth frame. Carrying 376 feet, the dinger left the bat at 102.3 mph and 29 degrees. Bieber offered a 93.8-mph four-seamer on a full count, and Sogard sent it over the wall in right for his first long ball and sixth RBI of his debut Cubs season.