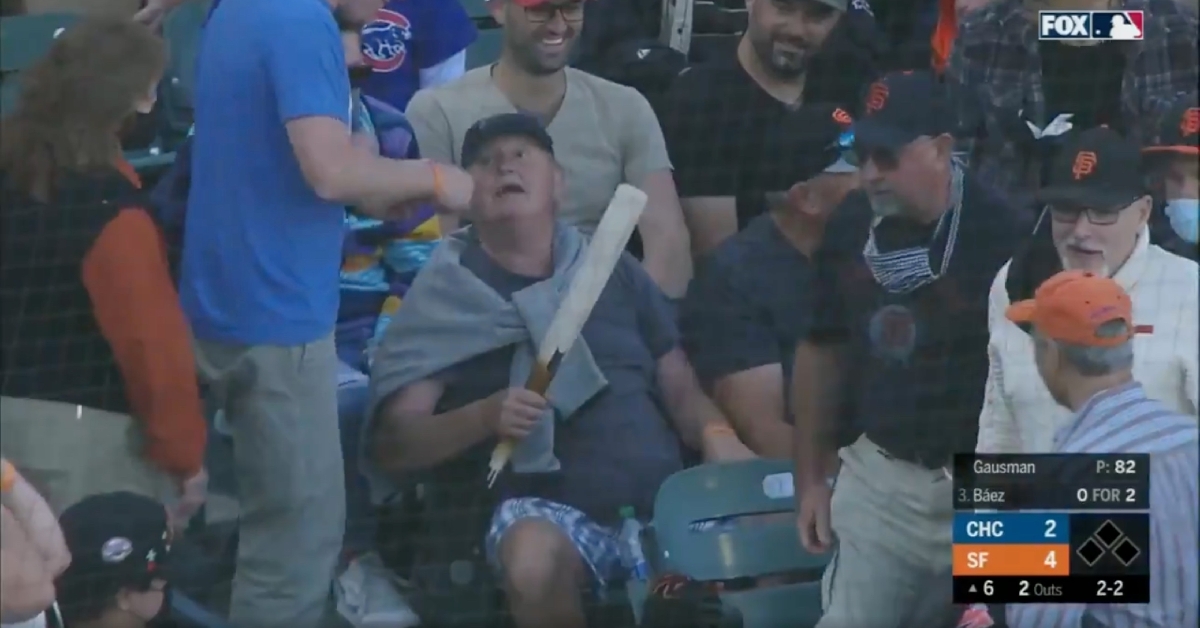 A fan at Saturday's Cubs-Giants game collected a souvenir by hauling in the barrel of Javier Baez's broken bat.

SAN FRANCISCO — Chicago Cubs shortstop Javier Baez took a big hack at a pitch in the sixth inning on Saturday, and his bat practically exploded after making contact and fouling the ball off. Baez was left holding nothing but the handle of his bat, as the barrel went flying into the seats on the third-base side at Oracle Park.

A fan was able to snag the bat but not without incurring some damage, as the television broadcast of the Cubs' contest with the San Francisco Giants showed a large red mark on the fan's left thigh, which was caused by the sharp end of the bat. The fan shook off whatever pain he was experiencing when celebrating his nice catch in the stands, and Baez seemed to acknowledge him by nodding in his direction before resuming his plate appearance.

Watch as Javy Baez' broken bat sails into the stands and lands literally in the lap of a good-natured fan.@Cubs #GoCubsGo @SFGiants pic.twitter.com/dZlKn3Vk6U

This fan got hit in the leg by Javy's broken bat! pic.twitter.com/PYkAjSjjrh