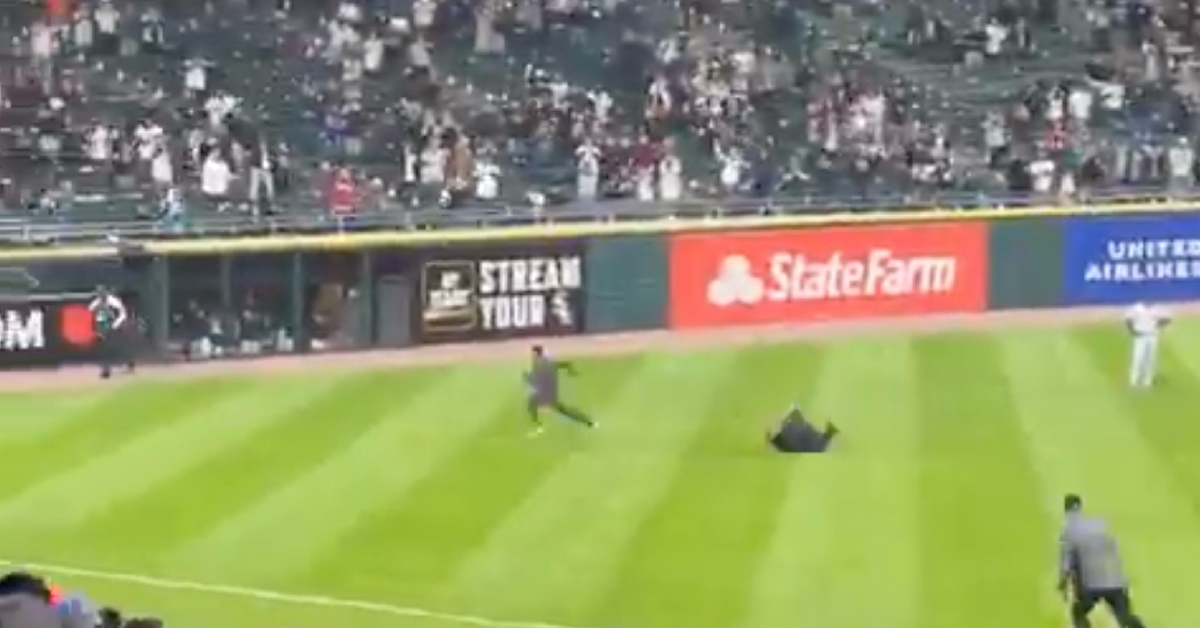 CHICAGO — Short-lived success at eluding security guards culminated in a fan learning the hard way what happens when you run onto the field at an MLB game. Friday's game at Guaranteed Rate Field between the Chicago White Sox and the Texas Rangers was an exciting 9-7 contest won by the White Sox, but perhaps the most riveting part of the action was a dingus trying his luck at evading security and causing an unfortunate security guard to slip and fall on his face.

After exiting the stands and juking and jiving his way across the outfield, the young man scaled the wall in the left field corner before being slammed to the cement by a security guard whose patience had clearly run thin. Naturally, fans in the stands were cheering for the trespasser and were audibly upset when his underdog story ended in deflating fashion. "MVP!" chants rained down on the fan as he was being manhandled by security. As for whether or not that made it all worth it, the rule-breaker likely came to the conclusion that it did not shortly after having his mugshot taken.

Soooo.... this just happened. Someone just ran onto the field and it’s a game of Chicken. #StraightUpTX #Changethegame #WhiteSox #Rangers pic.twitter.com/KG9iupMUDC

He almost made it...Fan on the field at the White Sox. pic.twitter.com/xSxgnyBUbe