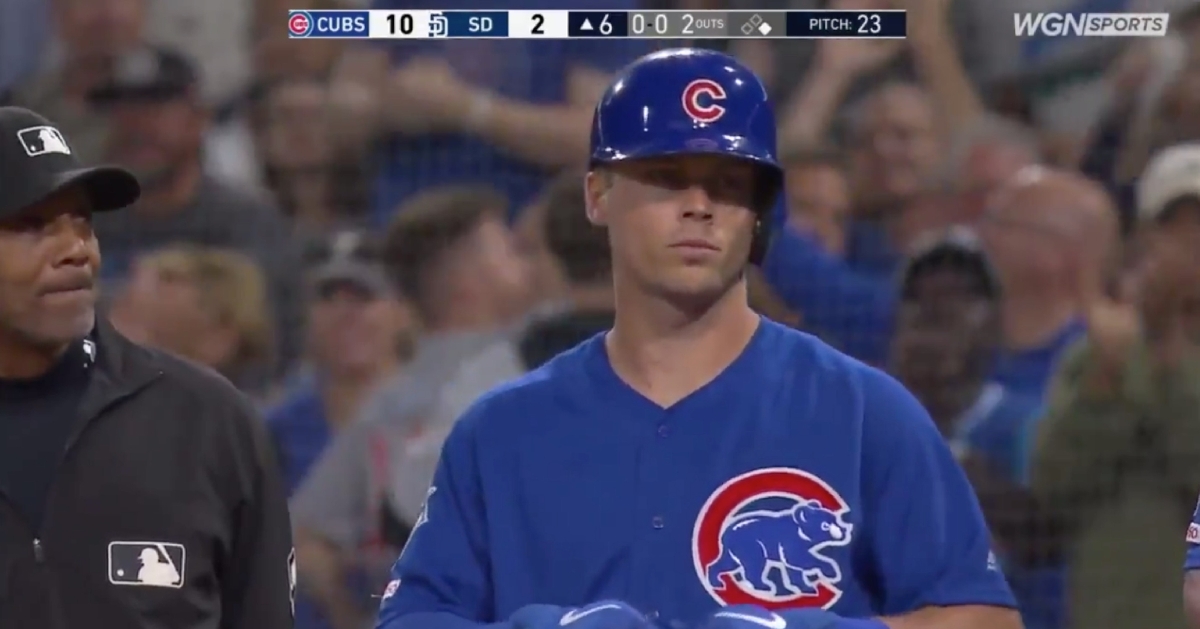 Nico Hoerner needed only game in the big leagues to have his name chanted by the fans in the stands.

SAN DIEGO — While it may seem far-fetched to think of a player having his name chanted on the road in his big-league debut, that is exactly what happened to Chicago Cubs call-up Nico Hoerner on Monday. When Hoerner picked up his third hit of the night against the San Diego Padres, the fans at Petco Park began repeatedly chanting, "Nico!"

After getting promoted from Double-A ball earlier in the day, Hoerner started at shortstop for the Cubs and made a quite an impact. A California native, Hoerner had the opportunity to play in front of family members who made the trip to San Diego to see him play, and he lived up to the billing. Thanks to a 2-run single that came with two outs in the top of the sixth, Hoerner increased his hit total to three and RBI total to four and received ample support from the fans as a result.