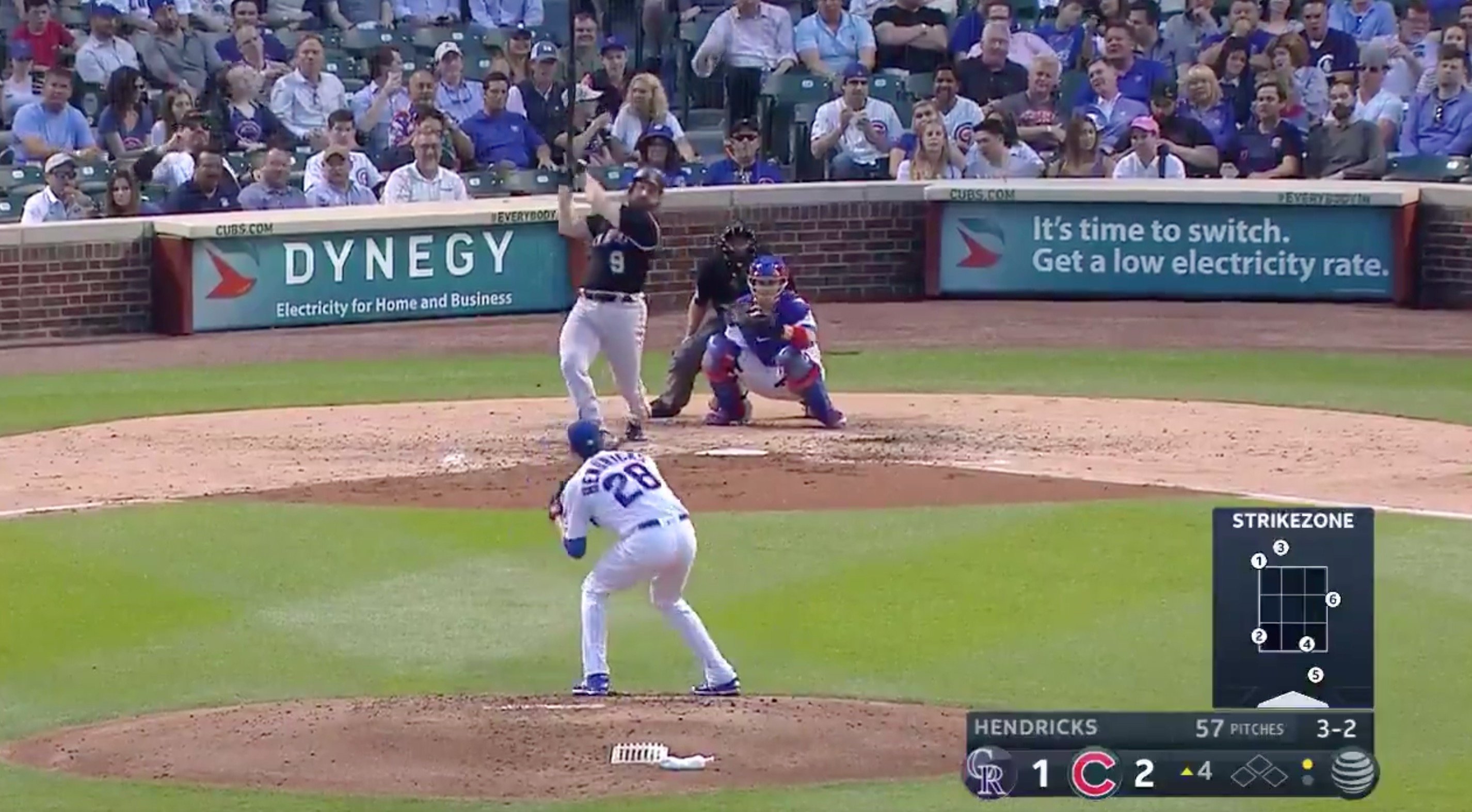 Playing against the Chicago Cubs for the first time since leaving the North Siders to join the Colorado Rockies in the offseason, second baseman Daniel Murphy did some damage against his former team early on in Tuesday's Cubs-Rockies matchup at Wrigley Field. Acquired from the Washington Nationals by the Cubs during the course of last season, Murphy was the primary starting second baseman for the Cubs down the stretch in 2018.

Interestingly enough, Murphy's final game with the Cubs was a loss to the Rockies in the National League Wild Card Game this past October. Murphy then opted to sign with the Rockies as a free agent a few months later. On Tuesday, Murphy wasted no time in getting to Cubs ace Kyle Hendricks, as he tabbed two RBI off him in the first four innings. Murphy's initial RBI came on a 2-out single in the top of the first that put the Rockies up 1-0. Murphy then connected on a 391-foot solo home run in the fourth frame that tied the game at 2-2.