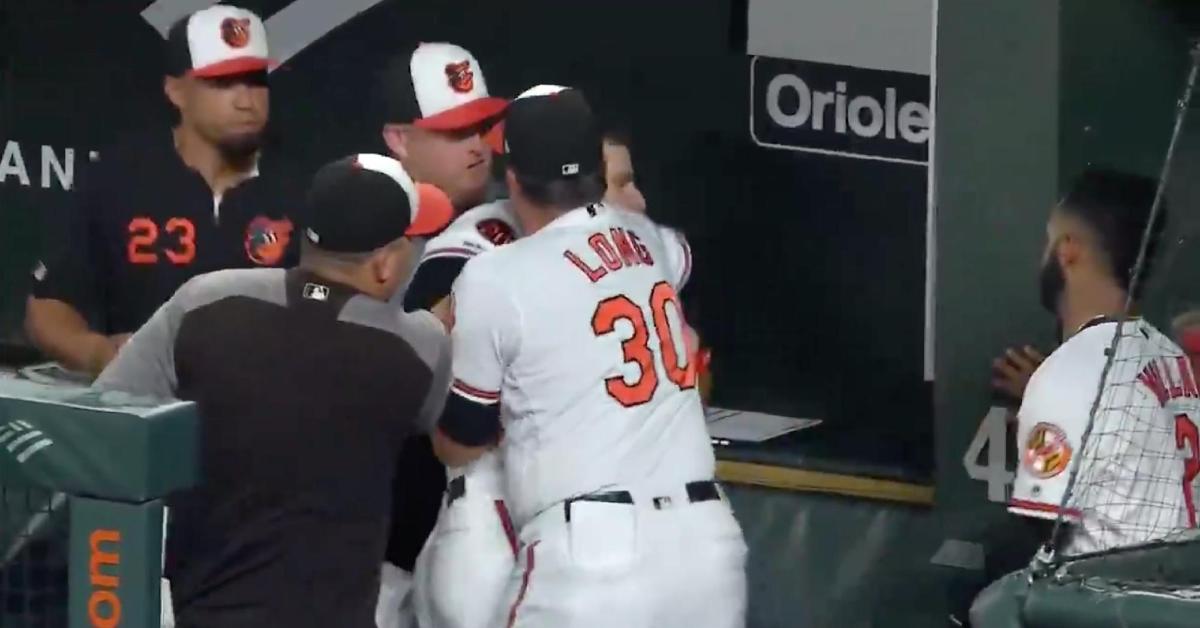 BALTIMORE — Former Chicago Cubs bench coach Brandon Hyde, who is currently the manager of the Baltimore Orioles, was at the center of a dustup with one of his players on Wednesday night. Hyde was caught on camera bickering with maligned Orioles designated hitter Chris Davis, and Davis had to be held back as he attempted to charge after Hyde.

Davis has consistently struggled at the plate more so than any player in baseball since signing a lucrative contract with the Orioles in 2016. On Wednesday night, Davis was pulled from the Orioles' game against the New York Yankees at Oriole Park at Camden Yards in favor of a pinch hitter and disagreed with Hyde over the lineup change.

"We had words, and I took him out of the game," Hyde said of Davis. "Me and Chris have a good relationship, and these things happen in competitive environments. And it's something that'll pass, and we'll get through it. But it's unfortunate that it happened in the dugout."

The scene was quite jarring, as it is incredibly rare to see a player seemingly wanting to fight his manager in the dugout. The Orioles later announced that Davis' outburst would be handled internally and that the power hitter would not be benched because of it. At 38-76, the Orioles have one of the worst records in the majors, as Hyde has endured a tough debut season as a big-league skipper. Now, Hyde's job of managing the rebuilding Orioles will be even tougher while he works to overcome a feud with the team's highest-paid player.

"It was just a disagreement that we had in the dugout," said Hyde. "What was said and what we talked about, I'm not going to get into. We're going to keep it in house, and it's private. It's something that happens sometimes, and frustration boils over a little bit when we're not playing our best baseball the last couple of games. Unfortunately, I'm embarrassed it was caught on camera and people had to see it, but sometimes those things happen."