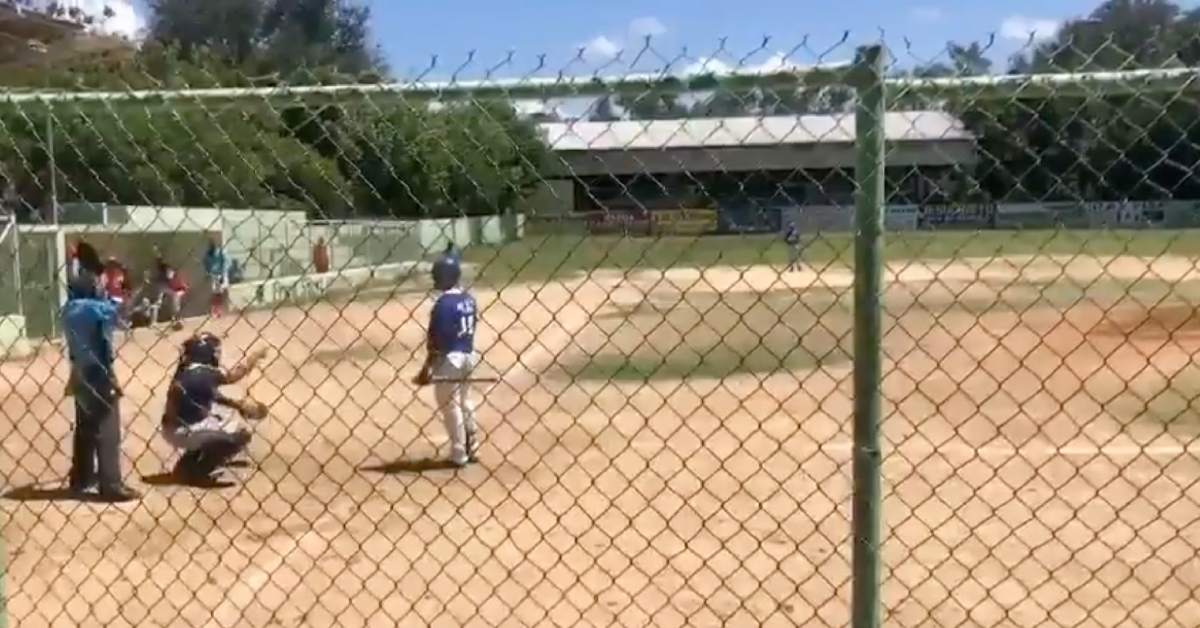 In spite of his name, Elvis LeBron is not a rock 'n' roll sensation or a basketball star. Now, he is not a professional baseball player, either.

SAN JOSE DE OCOA, Dominican Republic – Elvis LeBron is an interesting moniker that combines the first names of two American icons. However, the baseball player sporting that name recently went viral for something that was anything but iconic, as LeBron was arrested for attacking an umpire with his bat and subsequently banned from baseball for life.

LeBron is a former Cubs prospect with a reputation for poor sportsmanship and temperament issues on the field. A native of the Dominican Republic, LeBron was playing in the Dominican League when his baseball career ended due to the violent outburst.

After being ejected by the home plate umpire for arguing balls and strikes, LeBron became enraged and pushed the umpire before attacking him with his bat. The umpire fell to the ground at that point, and after he stood back up, LeBron threw his helmet at him.

This man must be expelled for life from all sports and recreational activities and, at the same time, must be brought to justice for attempted murder.

His name is Elvis Lebron, a former player signed by Chicago Cubs, who was fired for his bad behavior.pic.twitter.com/kj2l7YDWZq

Once LeBron calmed down and exited the field, he was immediately arrested and could be charged with attempted murder. The Dominican League wasted little time in banishing LeBron, who was banned from participating not only in baseball but also all other formalized recreational activities in the Dominican Republic. As for the umpire, he attempted to finish the game but was eventually taken to the hospital, where he was treated and released.

Updated: Elvis Lebron has been expelled for life from all sports and recreational activities. Now, Lebron is expected to be brought to justice for attempted murder.

Lebron was a Chicago Cubs former player, who was fired for his bad behavior.pic.twitter.com/kj2l7YDWZq https://t.co/h20k1rWKlc