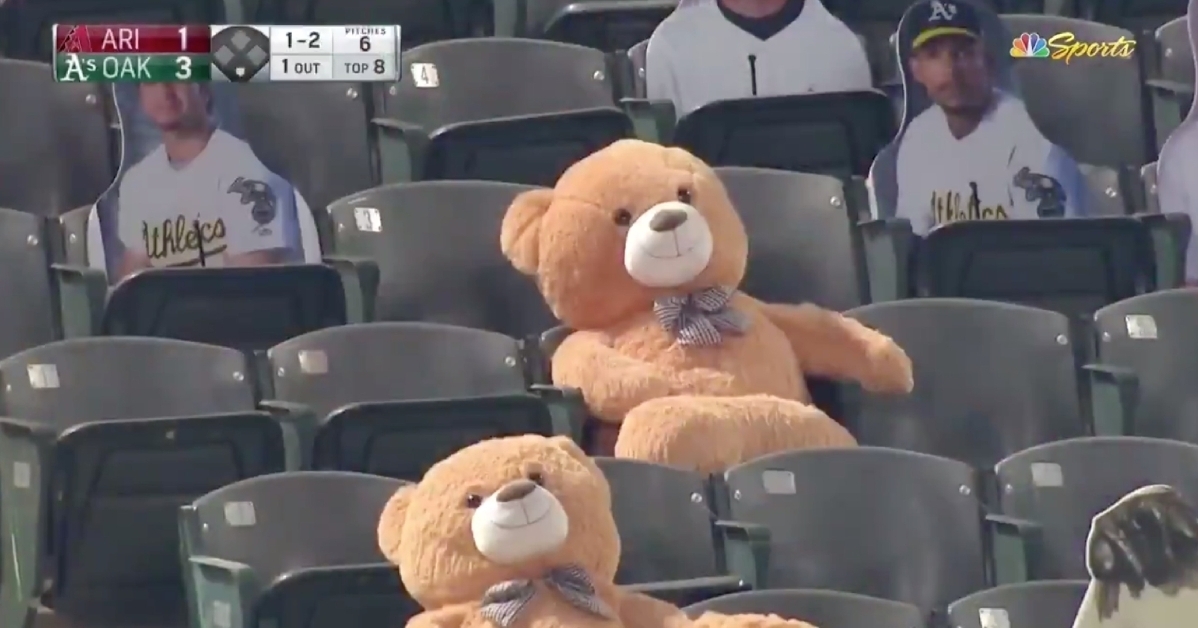 A giant, bowtie-wearing teddy bear could only helplessly watch as a foul ball plummeted toward its noggin.

OAKLAND, Calif. — Shield your eyes if you are a stuffed animal lover. A giant, bowtie-wearing teddy bear sitting in the stands during Thursday's game between the Arizona Diamondbacks and the Oakland Athletics took some damage. Late in the contest, a foul ball careened off a Diamondbacks player's bat and sailed into the stands, where it plunked the helpless teddy bear.

The announcers on the Oakland television broadcast had fun at the stuffed animal's expense after the bear was blasted in the head by the baseball. For whatever reason, cardboard cutouts of A's players were surrounded by teddy bears in the empty seats down the left field line. The Athletics' Twitter account followed up on the viral moment by tweeting an image of the bear donning a bandage around its head and still sporting a big smile in its Oakland Coliseum seat.

A teddy bear took a foul ball right off the head ?? pic.twitter.com/fEYA7P1LOa

We’re happy to report that T. Bear, despite feeling a little stuffy, has passed concussion protocol and will be ready for tonight’s game. His new seat neighbor grabbed a helmet out of his trunk as a precaution.
cc: @MLB @Cut4 pic.twitter.com/XVKBBnhXfA