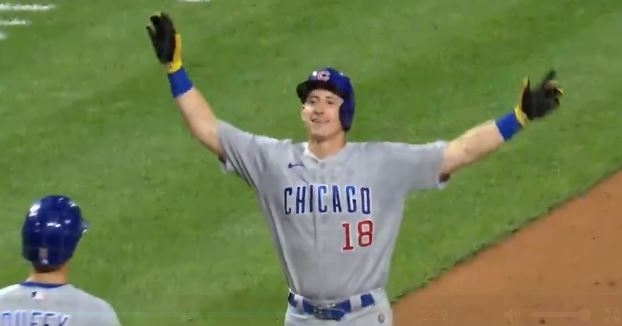 On Wednesday night against the Phillies, Frank Schwindel smacked a two-run opposite-field homer in the fifth inning to put the Cubs down only one run at 3-2.

The homer was in front of 70 friends and family supporting him behind the Cubs' dugout last night.

"He's (Schwindel) got a lot of people here, a lot of supporters that were loud tonight on that home run," said Cubs manager David Ross.

It was Schwindel's 13th homer of the season but his first opposite-field shot of 2021.

The Cubs would end up losing the game 6-5 on a passed ball.