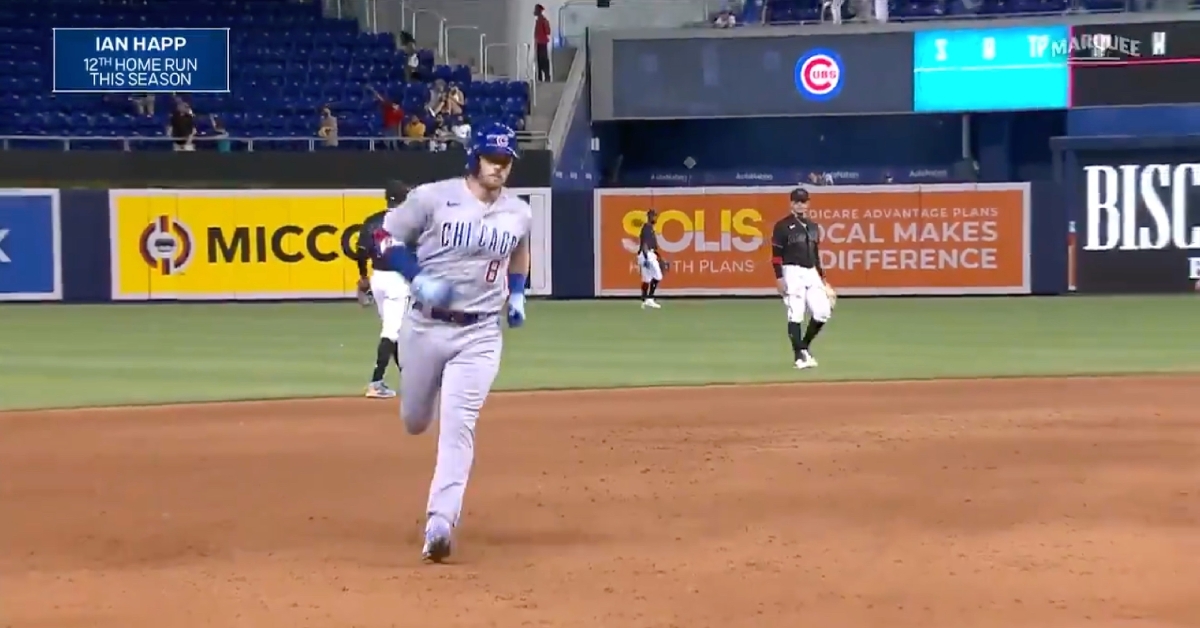 Not long after Frank Schwindel powered out on a lengthy round-tripper at LoanDepot Park, Ian Happ hit a moonshot of his own.

MIAMI — It may have seemed inconsequential to the game at the time, but first baseman Frank Schwindel's two-run blast from Friday night was a doozy. With the Chicago Cubs trailing the Miami Marlins 14-5 in the top of the eighth at LoanDepot Park, Schwindel absolutely obliterated a pitch and sent it 440 feet out to straightaway center field. Later in the frame, right fielder Ian Happ pulled the Cubs within five by slugging a 439-foot two-run jack over the center field wall.

Schwindel homered for the second day in a row by taking reliever Shawn Morimando deep with a two-run jack, making the score 14-7. Third baseman Matt Duffy, who hit a leadoff single in the previous at-bat, was scored via Schwindel's fourth long ball of the season. The dinger, which came on an 87.1-mph cutter, left the bat at 107.4 mph and 25 degrees. Schwindel now has 12 RBIs to his name.

Happ's dinger followed a pitching change, as David Hess relieved Morimando after catcher Robinson Chirinos hit a two-out double. Chirinos crossed the plate when Happ went yard off Hess for his 12th dinger of the year, which increased his RBI total to 30. The two-run blast came on a 93.9-mph four-seamer and soared into the seats at 108.8 mph and 27 degrees. The score then stood at 14-9, applying some late-game pressure to the Marlins after they led quite comfortably.