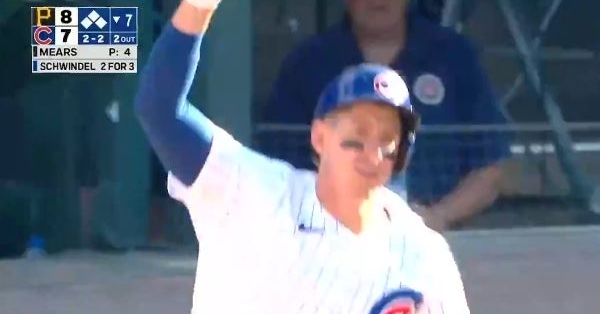 'Frank the Tank' did it again.

'Frank the Tank' did it again.

Cubs first baseman Frank Schwindel was clutch again for his ballclub has he hit a go-ahead grand slam in the seventh inning to put the Cubs up 11-8 over the Pirates.

It was Schwindel's third hit of the game which gives him three straight three-hit games in a row. The homer was his 11th homer of the season.

It was the third grand slam of the ballgame which ties a major league record. Matt Duffy and Schwindel are part of history as it's the third game in Cubs history with multiple grand slams by the Cubs.

Frank Schwindel grand slam!!!! Not sure what this celebration is ?? pic.twitter.com/wLfN0Norbv