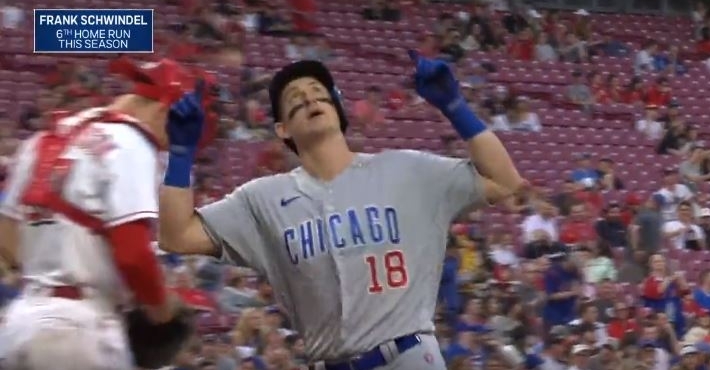 Frank Schwindel is having a career night against the Reds

The Chicago Cubs first baseman smacked his second homer of the day in the fifth inning to put the Cubs 6-2 over the Reds on Tuesday night.

Currently, Schwindel is 3-for-3 with two homers, including four in his last four games.

It was the first multi-homer game of his MLB career and sixth this season.

Check out his latest homer below: