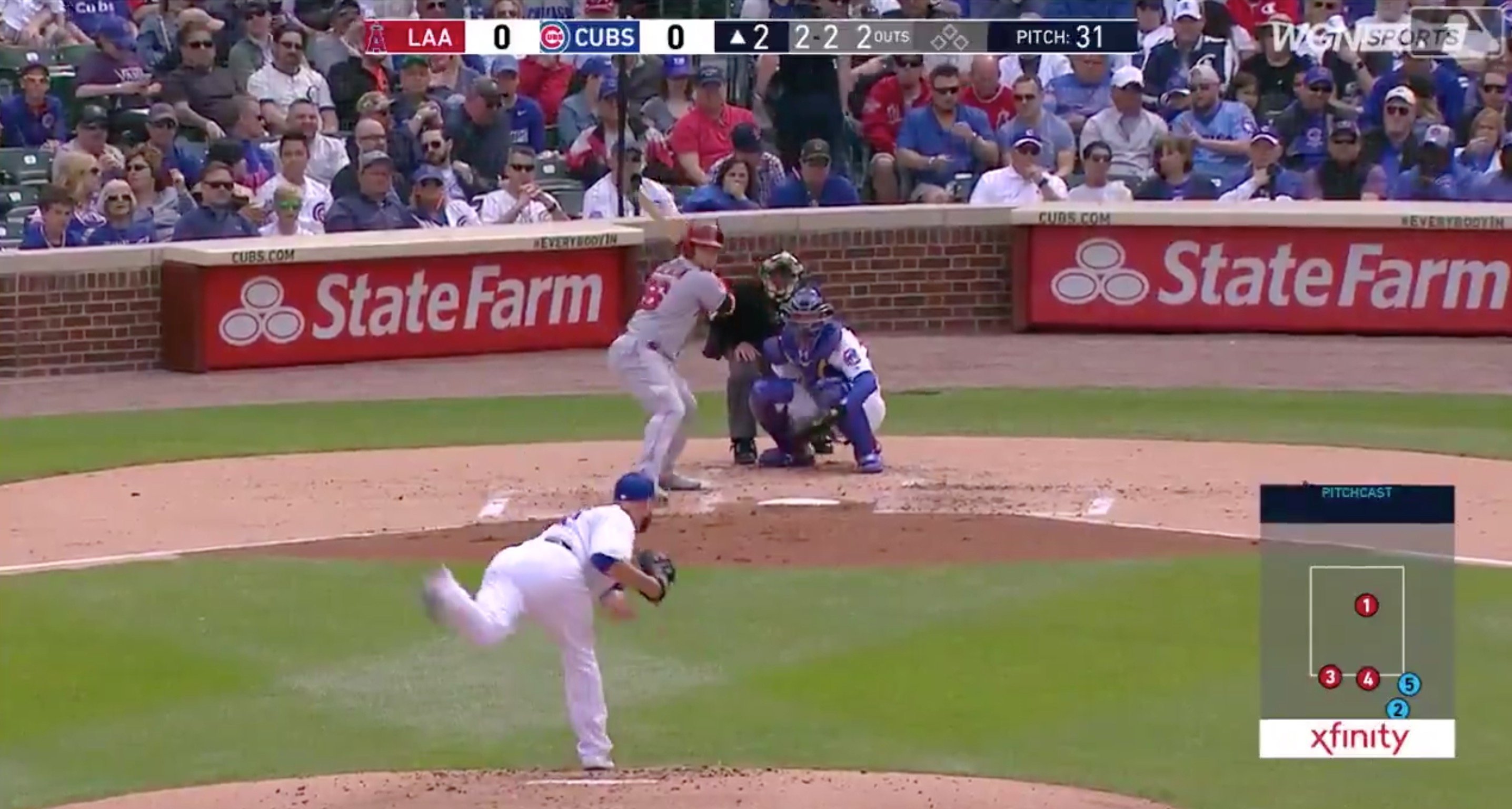 Dealing with the burden of having suffered three consecutive losing decisions, Chicago Cubs starting pitcher Jon Lester responded in a major way on Monday, producing one of his best outings of the season in an 8-1 Cubs win over the Los Angeles Angels. Lester showcased great command in the Cubs' dominant victory at Wrigley Field, as he pitched seven innings of 1-run ball and tallied six strikeouts.

Lester was taken for just four hits and one walk as he broke his losing streak and collected the winning decision on the afternoon. "Big Jon" also came through with a bat in his hands when he smacked a single to right field in the bottom of the fifth. In addition, Lester drew a walk in his 1-for-2 plate performance that was part of an all-around great showing by the veteran left-hander.

Lester's shining moment came on an inning-ending strikeout in the top of the seventh that enabled him to escape a bases-loaded situation. A strike-three cutter that Angels third baseman Taylor Ward swung at and missed marked the final pitch of the contest for Lester, who was fired up as he headed for the dugout with the Cubs' comfortable lead still intact.