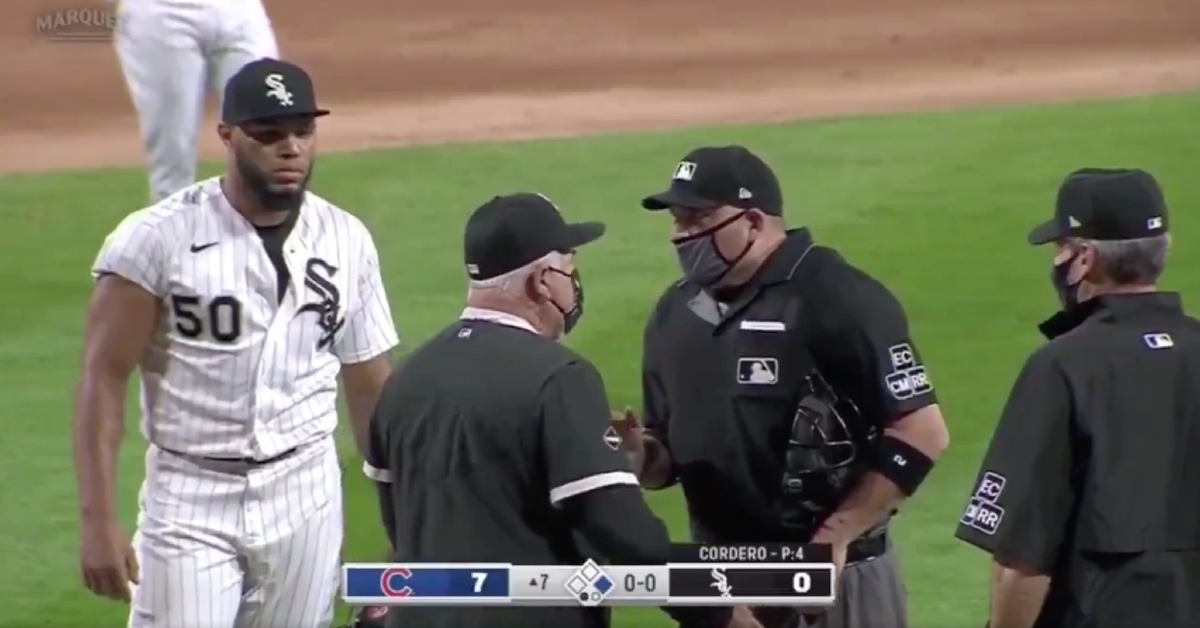 CHICAGO — Chicago Cubs catcher Willson Contreras was rather demonstrative with his bat flip after going yard against the rival Chicago White Sox on Friday. Contreras flipped his bat far up in the air after clubbing a two-run blast in the top of the third at Guaranteed Rate Field.

Contreras' dinger was one of four that led to the Cubs taking a commanding 7-0 lead over the White Sox, and the epic bat flip possibly resulted in retaliation by the South Siders. On the second pitch of Contreras' seventh-inning plate appearance, White Sox reliever Jimmy Cordero plunked the North Siders' star catcher with a sinker that beaned Contreras in the back. After the umpires consulted with one another, they opted to eject Cordero.

In typical Contreras fashion, the feisty backstop did another high bat toss after getting plunked, and both dugouts chirped back and forth prior to the ejection being made. White Sox manager Rick Renteria, who formerly managed the Cubs, lost his cool after Cordero was tossed and ranted and raved with the umpires, leading to his ejection. White Sox pitching coach Don Cooper expressed his outrage by throwing a bottle onto the field and was tossed because of it.

The Cubs increased their lead to 8-0 in the inning, as Contreras scored, thanks to a two-out error committed by the White Sox. Contreras' emphatic bat flip probably got under the White Sox' skin, leading to the HBP that appeared to be intentional. It will be interesting to see if the bad blood spills over into Saturday's installment of the Crosstown Classic. 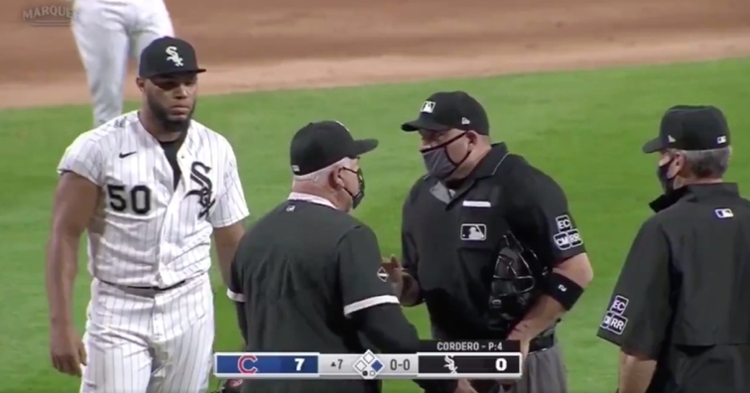