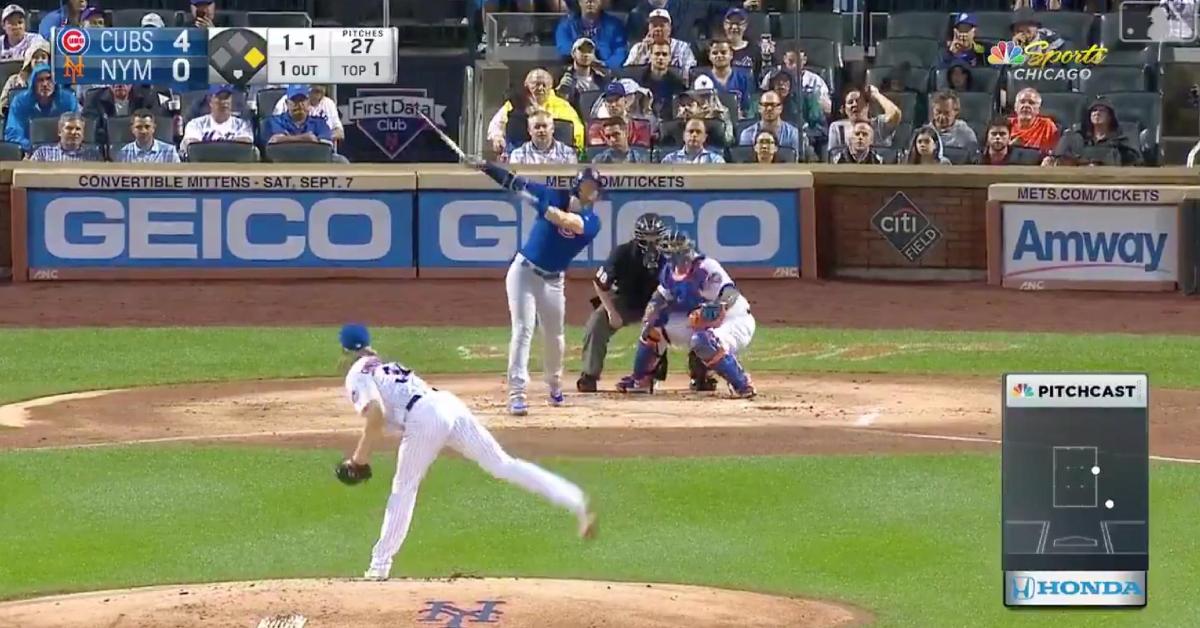 Chicago Cubs utility man Ian Happ swatted a 2-run jack in the top of the first on Wednesday.

NEW YORK — Providing the Chicago Cubs with a commanding 6-0 lead against New York Mets ace Noah Syndergaard in the top of the first on Wednesday, Cubs utility man Ian Happ clobbered a 2-run homer at Citi Field. The dinger out to left-center marked Happ's fifth long ball of the season.

Leaving the bat at 103 miles per hour, the 399-footer was scorched out to the opposite field and boasted a launch angle of 30 degrees. Cubs second baseman Addison Russell, who hit a 2-run single in the previous at-bat, was scored on the 2-run dinger.