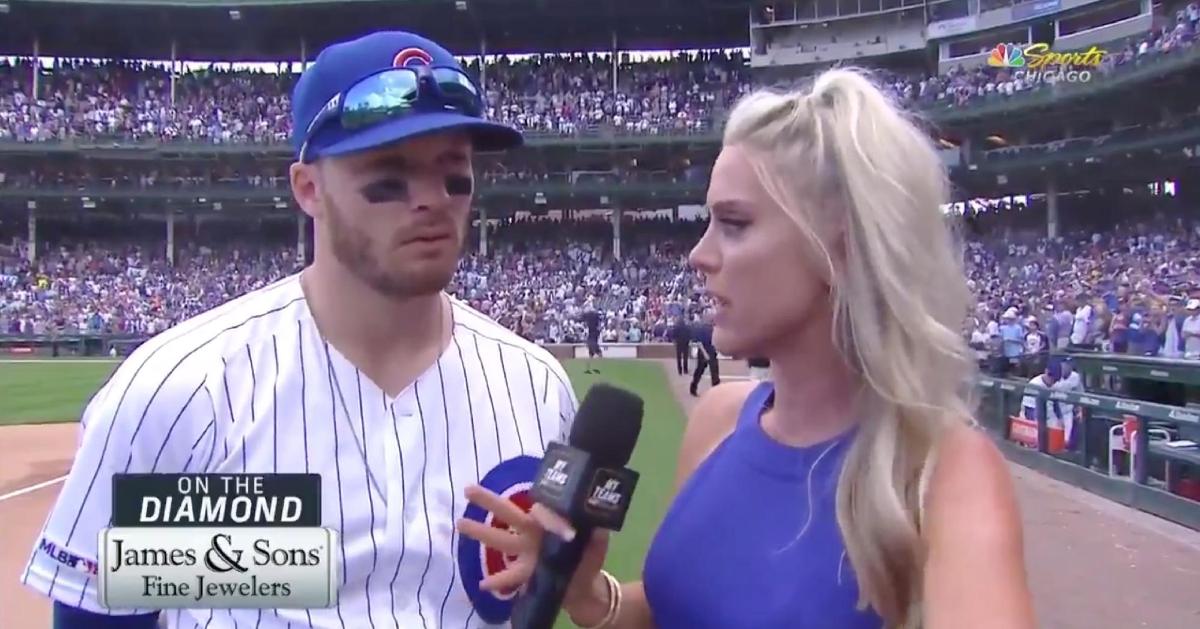 Ian Happ went 5-for-8 with a pair of beastly home runs in three games versus the A's, perhaps earning himself more playing time as a result.

CHICAGO — Chicago Cubs utility player Ian Happ crushed two impressive home runs during the Cubs' 3-game series at Wrigley Field versus the Oakland Athletics. Interestingly, both were go-ahead homers that proved to be winning hits. While Happ's dinger in Wednesday's series finale was not as impressive as the 474-footer that he blasted out onto Sheffield Avenue on Monday, it was a lengthy grand slam that served as the most important play of the game.

In the bottom of the fourth, with the game tied at 1-1, Happ came through with a 402-foot grand slam, which was his second home run of the season, that sailed out to left-center and put the Cubs up 5-1. Happ swung at the first pitch of his at-bat and took A's starter Homer Bailey deep on a 94-mile-per-hour fastball. Following the contest, Happ caught up with NBC Sports Chicago reporter Kelly Crull and discussed the grand slam.

"I was looking for the heater there," Happ said of the pitch that he sent flying into the bleachers, "and I was able to barrel it up."

After serving as a fixture of the Cubs' lineup in 2018, Happ spent the entirety of the 2019 slate at the Triple-A level until he was called up in late July. Since then, Happ has garnered sporadic playing time, but he went 5-for-8 and was arguably the Cubs' most impactful hitter in the series against the A's. Starting at second base for the first time in a long time on Wednesday, Happ fared well in the field and went 2-for-4 at the plate. Most importantly, Happ heavily contributed to the Cubs winning the ballgame, which he told Crull was the most important aspect of playing for such a stacked Cubs team.

"That's what this team is all about," Happ said. "It was good for me to get the start today and be able to help the guys out."