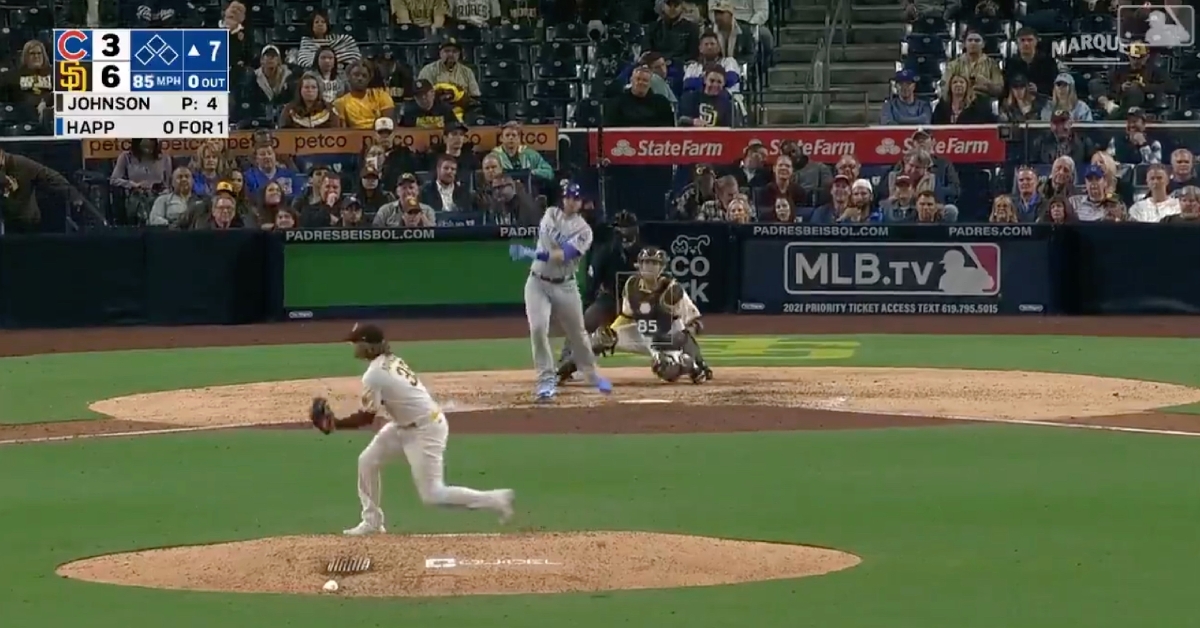 With his seventh home run of the season, Ian Happ slugged a leadoff blast against the Padres.

SAN DIEGO — Leading off the seventh inning of Monday's clash between the Chicago Cubs and San Diego Padres, Ian Happ swatted a 402-foot jack to pull the Cubs within two runs of the Padres. The center fielder took Padres reliever Pierce Johnson deep on an 84.7-mph curveball, which Happ drove out to center field at Petco Park.

The dinger, which made the score 6-4 in the top of the seventh, left the yard at 103.9 mph and 27 degrees. Padres center fielder Jurickson Profar backed into the outfield wall while gearing up for a potential home run robbery and was unable to jump in time as a result. Happ now has seven homers and 16 RBIs on the season.