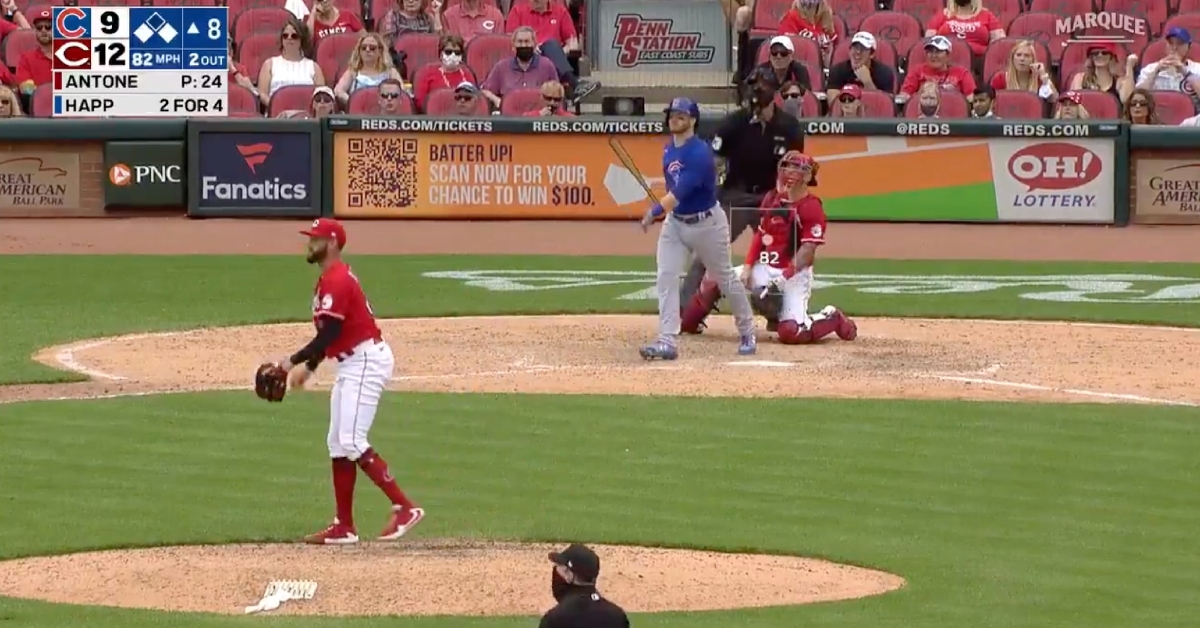 Ian Happ, who played his college ball with the Cincinnati Bearcats, now has four RBIs on the season after skying a game-tying three-run blast.

CINCINNATI — Adding to the pandemonium of a game teeming with home runs, Chicago Cubs center fielder Ian Happ swatted a game-tying three-run blast with two outs in the top of the eighth on Sunday. Marking the fifth homer for the Cubs and 10th homer for either team in the contest, Happ evened the score at 12-12 with a 392-foot blast to right field at Great American Ball Park.

Cincinnati Reds reliever Tejay Antone gave up the jack on an 81.6-mph slider. In the previous at-bat, pinch hitter Jake Marisnick scored right fielder Jason Heyward with a bloop single off Antone. Happ's second long ball of the season plated catcher Tony Wolters and Marisnick. The round-tripper, Happ's third hit of the afternoon, left the yard at 102.7 mph and 27 degrees.

The 10th home run of the game ties things up, 12-12! ??#CubTogether pic.twitter.com/jNb8WmKZvh