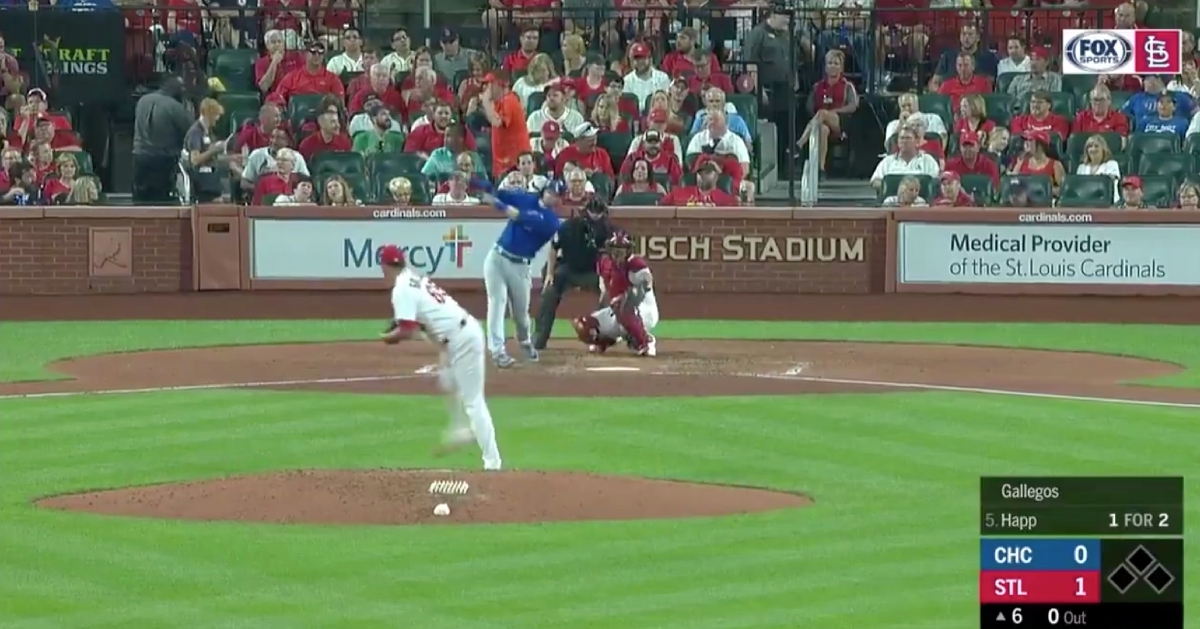 ST. LOUIS — Putting up a fight against the St. Louis Cardinals, the Chicago Cubs tied Friday's contest at Busch Stadium via a solo home run. With the Cardinals hoping for a win to help their cause in the race for the National League Central crown, Cubs third baseman Ian Happ went yard in the sixth inning and tied the contest at 1-1.

Marking Happ's ninth long ball of the year, the game-tying jack sailed 386 feet out to right field to lead off the top of the sixth. The dinger, which came on the very first pitch of Cardinals reliever Giovanny Gallegos' appearance, left the bat at 97 miles per hour and 27 degrees.