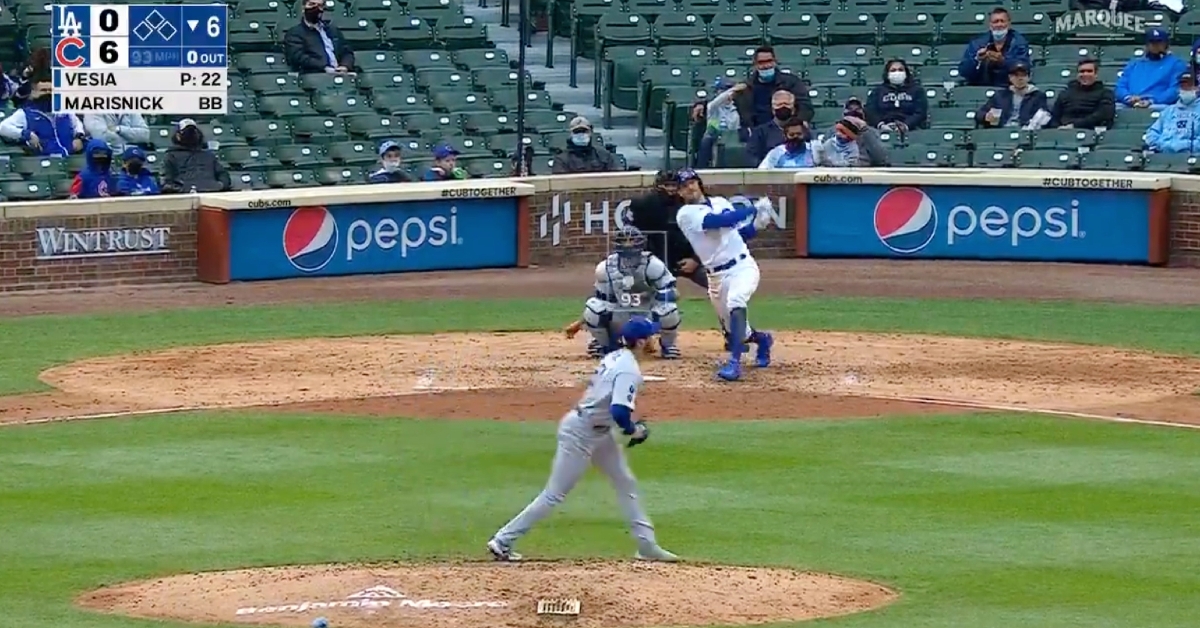 Jake Marisnick put the Cubs up 7-0 atop the Dodgers with a 406-foot solo bomb.

CHICAGO — Shaking off a wrist ailment from a hit by pitch in his previous plate appearance, Chicago Cubs center fielder Jake Marisnick slugged a 406-foot home run in the sixth inning on Tuesday afternoon. Coming in the opener of Tuesday's doubleheader between the Cubs and the Los Angeles Dodgers, the solo shot increased the Cubs' commanding lead to 7-0.

Marisnick led off the bottom of the sixth by taking Dodgers reliever Alex Vesia deep on a 92.7-mph four-seamer, with the dinger carrying out to left-center at Wrigley Field. The round-tripper served as Marisnick's third homer and 12th RBI of the season. It left the bat at 105.8 mph and 24 degrees.