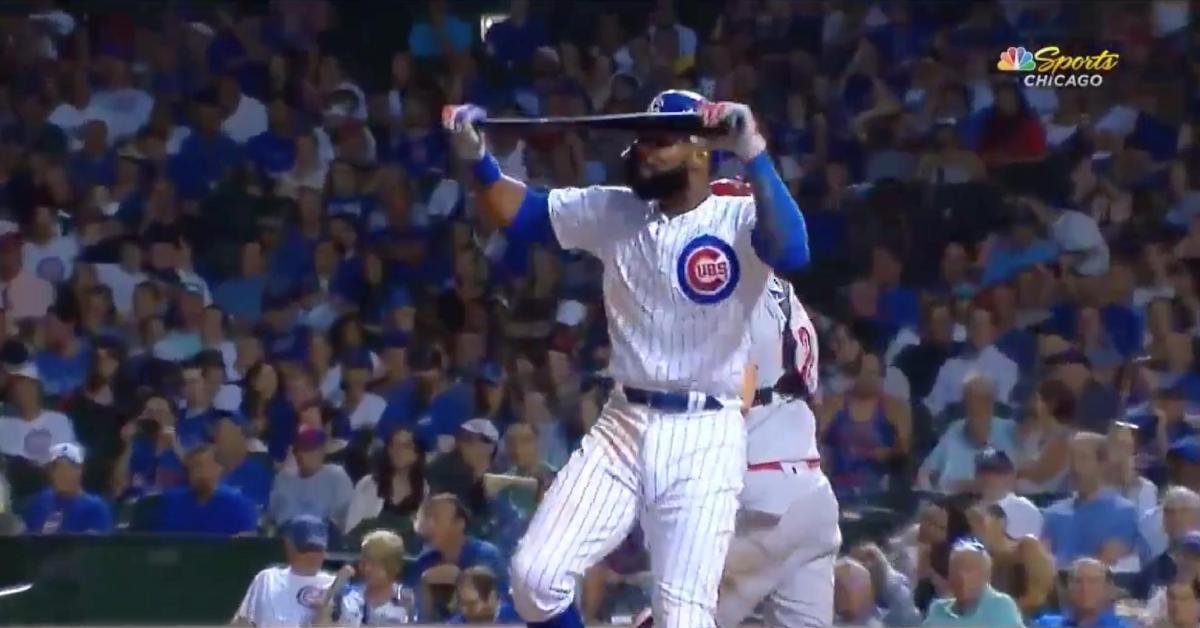 Evidently, Jason Heyward prefers to showcase frustration through his actions, not his facial expressions.

CHICAGO — Chicago Cubs outfielder Jason Heyward is so chill that he does not even show signs of frustration when he is very obviously frustrated. A perfect example of that came on Monday night, when Heyward's inner rage manifested itself in the form of perhaps the calmest breaking of a bat in the history of baseball.

With the Cubs trailing the Cincinnati Reds 6-3 in the bottom of the eighth at Wrigley Field, Heyward suffered a leadoff strikeout that left him quite upset with himself. As a result, Heyward broke his bat over his knee, which he has done before. Quite shockingly, though, was the manner in which Heyward broke the bat, as he never changed the expression on his face. In fact, while he sent maple splinters flying through the air, Heyward looked quite docile and at peace with himself.