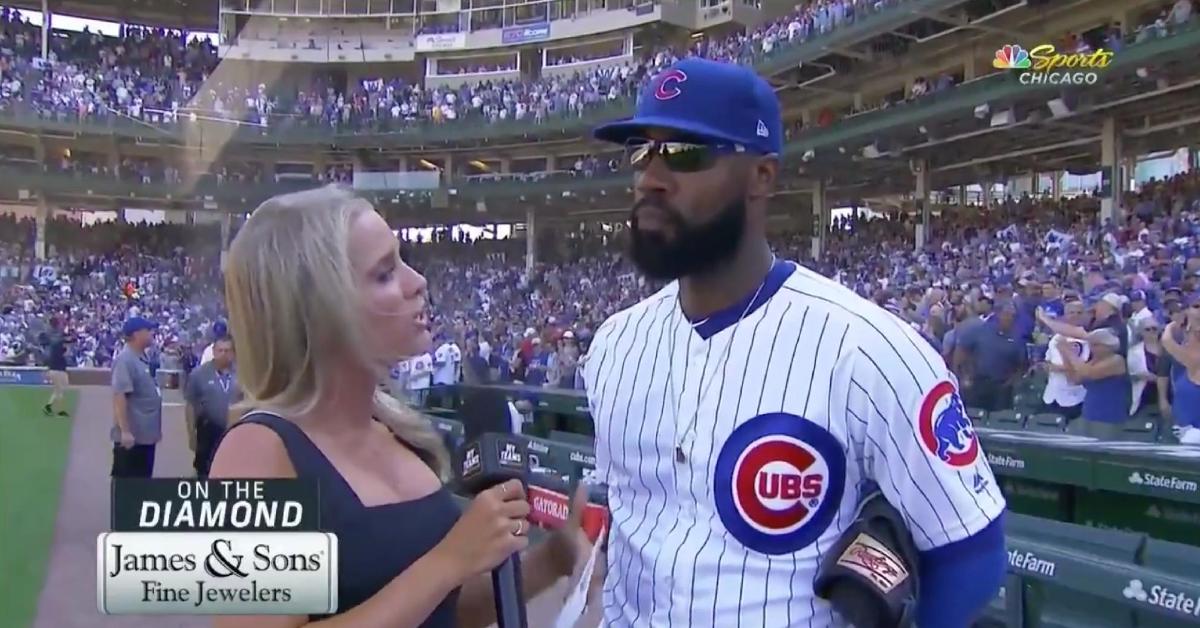 Right fielder Jason Heyward said that "it's time" for the Chicago Cubs to make a habit out of winning again.

CHICAGO — Claiming in his postgame interview on Friday that "it's time" for the Chicago Cubs to get going and return to form, Cubs right fielder Jason Heyward implied that his club's 4-3 victory at Wrigley Field over the Pittsburgh Pirates needed to be the beginning of a second-half turnaround for the Cubs. In addition to making several great plays in the outfield, Heyward came up with the winning hit on the day. Driving home Cubs third baseman Kris Bryant to put the Cubs up 4-3 in the bottom of the eighth, Heyward delivered a 2-out single that culminated in a win for the North Siders.

After the game, Heyward chatted with NBC Sports Chicago reporter Kelly Crull and said that he was trying to "keep it simple" when he tallied the pivotal base knock that plated Bryant, who motored home from second base on the play. When speaking with the media afterward, Bryant said that he "always takes pride" in his baserunning abilities, which were on full display when he scored the winning run.