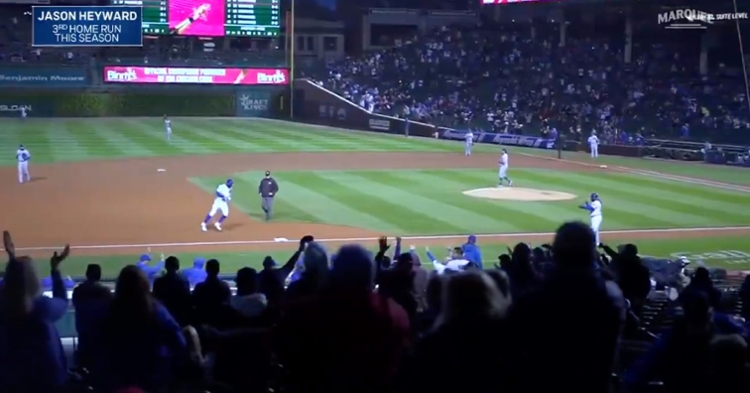 Jason Heyward's third home run of the season broke a scoreless tie in the bottom of the fourth.

CHICAGO — Chicago Cubs right fielder Jason Heyward broke a scoreless tie in the nightcap of a doubleheader at Wrigley Field on Tuesday. With Los Angeles Dodgers starter — and Cubs rival — Trevor Bauer on the mound, Heyward led off the bottom of the fourth with a go-ahead solo shot on the first pitch of the half-inning.

The 391-footer, Heyward's third long ball of the year, sailed out to right-center at 106 mph. It sported a steep launch angle of 31 degrees. Bauer, who has given up eight homers thus far in his first season as a Dodger, got taken deep on a 91.7-mph four-seamer thrown over the plate. Heyward has nine RBIs to his name in 2021.