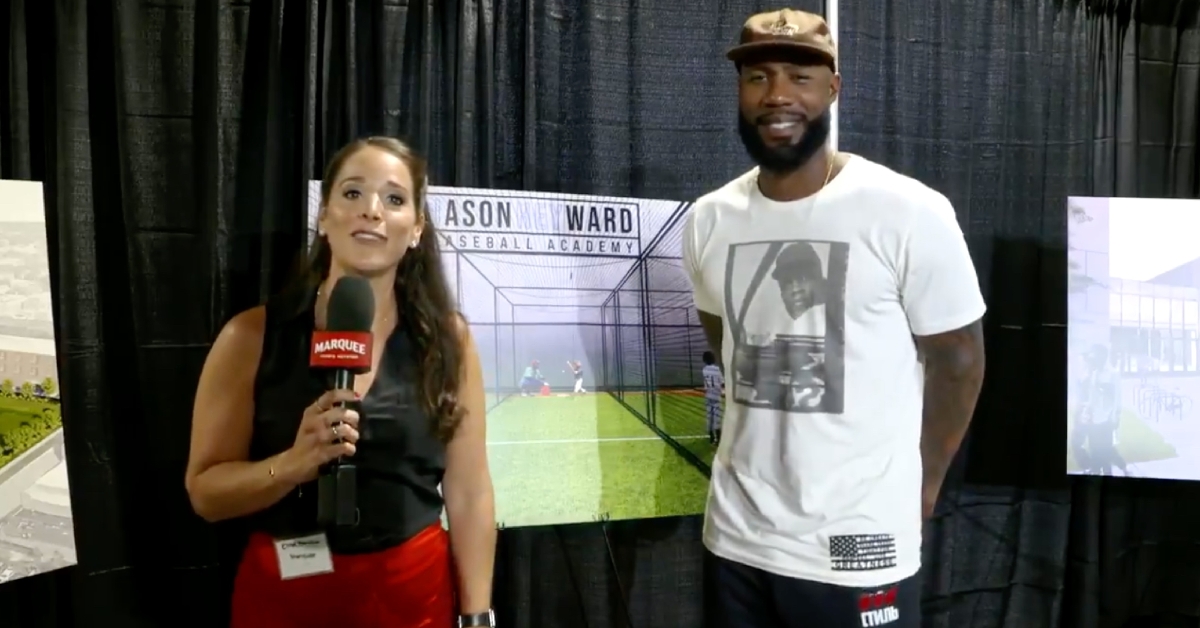 Jason Heyward was interviewed at the groundbreaking ceremony for his namesake baseball academy.

CHICAGO — Chicago Cubs right fielder Jason Heyward has been a great humanitarian in the Chicago community since joining the North Siders in 2016, and his impact on the city will be felt for years to come once his very own baseball academy opens. Marquee Sports Network reporter Elise Menaker interviewed Heyward at the groundbreaking ceremony on Wednesday.

The Jason Heyward Baseball Academy will give kids an opportunity to learn the game of baseball and is part of a 150,000-square-foot sports complex that is being constructed on Chicago's West Side. Describing the academy as "a kid's dream," Heyward beamed with pride while chatting with Menaker about the venue that will bear his name.

The plans for the complex and Heyward's interview can be seen below:

Groundbreaking this morning for a 150,000 square foot sports complex for youth on Chicago’s West Side. Part of the facility will include a baseball academy space named in Jason Heyward’s honor. pic.twitter.com/17gSRZTnPl

"To me, this is going to be a kid’s dream.”@EliseMenaker caught up with Jason Heyward at the groundbreaking of the Jason Heyward Baseball Academy. pic.twitter.com/V5gv1TTZC2