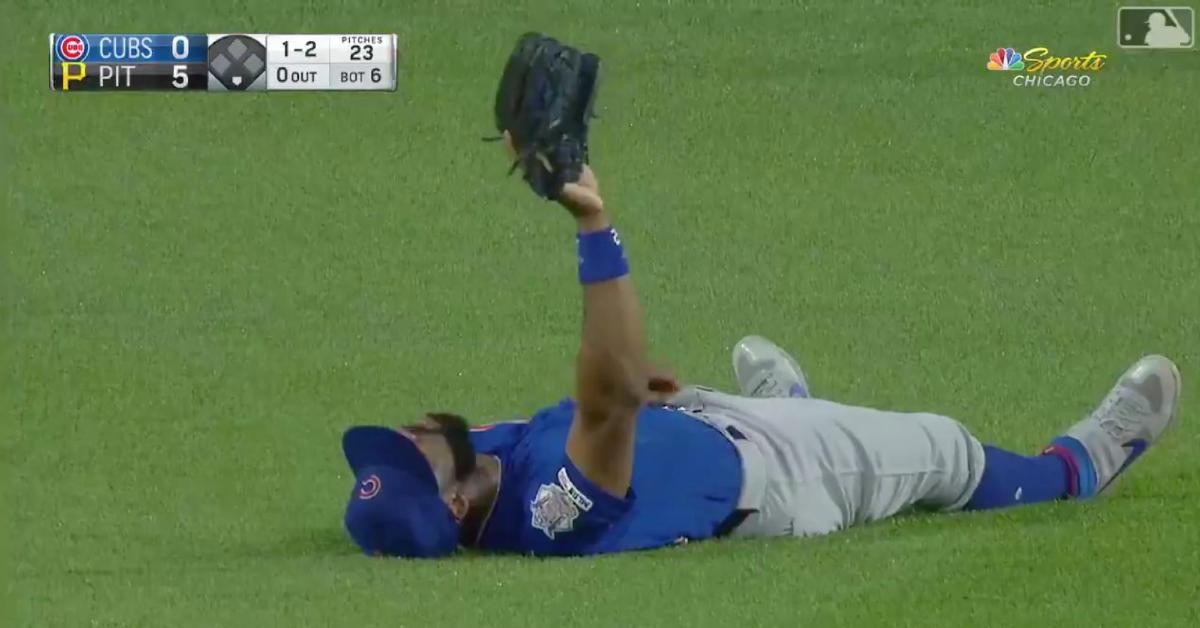 Cubs right fielder Jason Heyward lifted his glove into the air to cap off his epic catch.

PITTSBURGH — After sliding across the rain-soaked outfield grass at PNC Park, Chicago Cubs right fielder Jason Heyward brandished his prized catch for all of the fans to see. Holding his glove proudly in the air, Heyward made it clear that he secured the spectacular sliding catch for one of the best web gems of the Cubs' season thus far.

Robbing Pittsburgh Pirates shortstop Kevin Newman of a hit in the bottom of the sixth on Tuesday, Heyward raced to right-center and laid out for the difficult catch, snagging the liner just before it landed. As a result of the heavy rainfall from earlier in the night, Heyward proceeded to slide across the ground before coming to a halt on his back, making for a dramatic ending to a fantastic play.