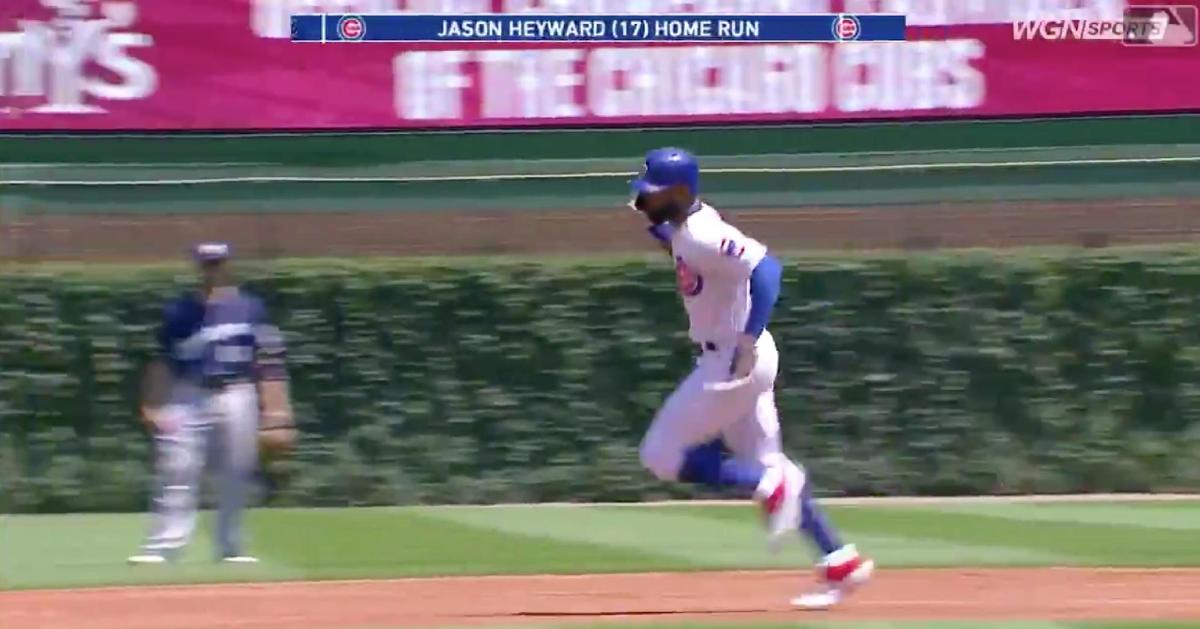 For the ninth time in his career and the second time in three days, Jason Heyward hit a leadoff home run on Sunday.

CHICAGO — For the second time in the series, Chicago Cubs outfielder Jason Heyward hit a leadoff home run against the Milwaukee Brewers at Wrigley Field on Sunday. Hammering a 407-footer out beyond center field, Heyward tied the game at 1-1 in the bottom of the first via his ninth career leadoff dinger.

Heyward answered Brewers outfielder Christian Yelich's solo jack, which came in the top of the first, with one of his own, as he took Brewers starter Adrian Houser deep on the first pitch thrown to him. Heyward's 17th long ball of the season, the bomb was smoked off the bat at 104 miles per hour.