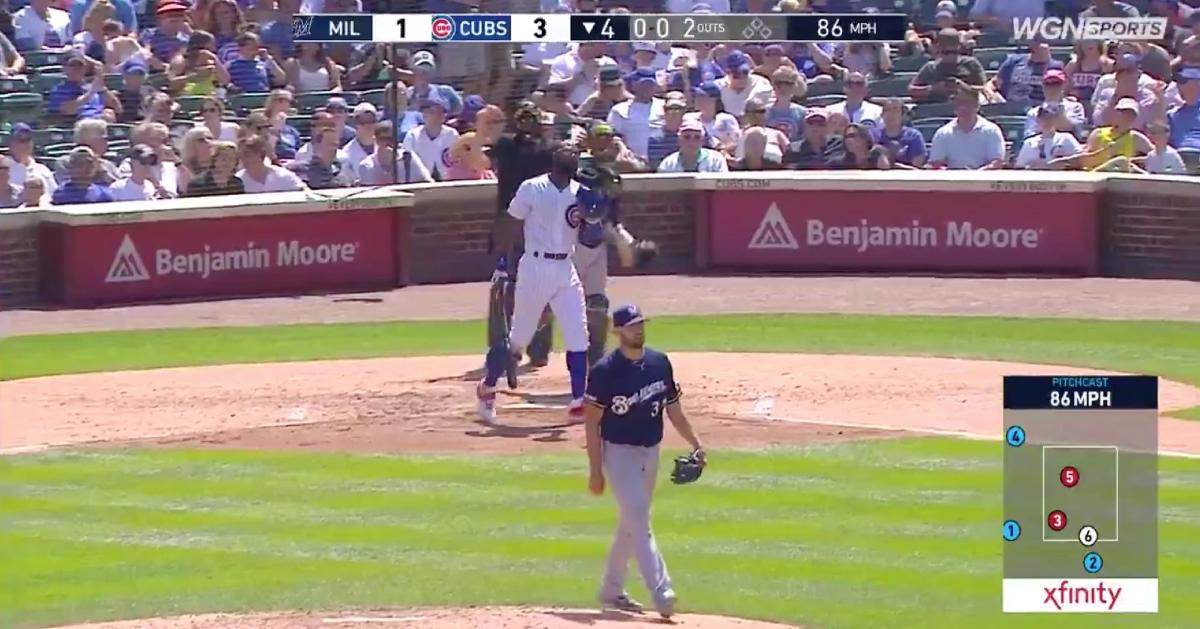 With a gentlemanly display, Jason Heyward tipped his batting helmet toward an opposing pitcher as a sign of respect.

CHICAGO — The tipping of the cap is a common show of respect in the game of baseball, but the tip of the batting helmet is quite rare. That is just what Chicago Cubs outfielder Jason Heyward did on Sunday, though, as he showed respect to an opposing pitcher after striking out in a contest against the Milwaukee Brewers.

In the bottom of the fourth at Wrigley Field, Heyward struck out swinging at a filthy changeup thrown by Brewers starting pitcher Adrian Houser. Heyward had already hit a triple and a home run off Houser, but he showed respect for Houser's breaking ball by tipping his batting helmet while walking back to the dugout.

Jason Heyward -- with a homer and triple already today -- struck out swinging on a changeup in the 4th, and tipped his helmet to Adrian Houser on his way out of the batter's box. pic.twitter.com/gh5MGTfpBS