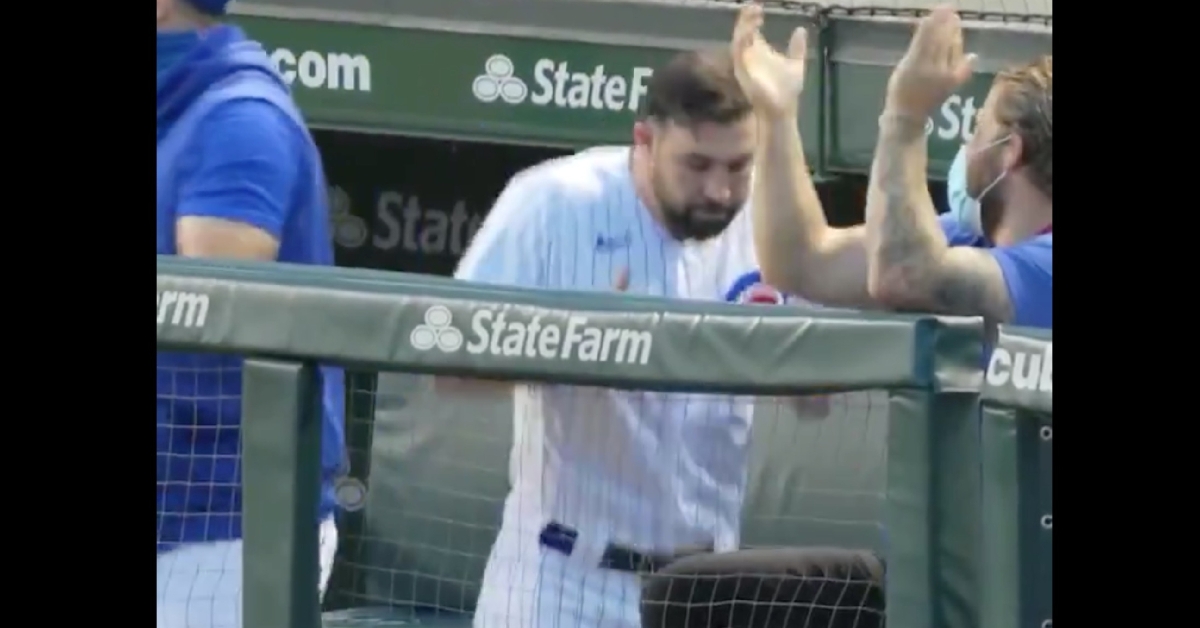 Jason Kipnis has been a major source of energy in the Cubs' dugout this season. (Credit: David Kohl-USA TODAY Sports)

CHICAGO — With the Chicago Cubs returning home from a 10-game road trip and beginning an eight-game homestand, Marquee Network's Twitter account shared a hilarious video to commemorate the Cubs' return to Wrigley Field. Veteran second baseman Jason Kipnis has been a spark plug on the field and a source of dugout inspiration for the North Siders this season, and a video of him dancing definitely evinced the latter.

A fixture of the Cubs' 2020 season has been the team finding energy and inspiration through a rowdy dugout, somewhat making up for the absence of fans in the stands. Certain walkup songs have led to clapping in unison and dance-offs in the dugout. Anthony Rizzo's walkup song "Intoxicated" by Martin Solveig has been a team favorite, and Marquee Network's exclusive video showcases Kipnis flashing his comical dance moves with the song blaring over the Wrigley Field loudspeakers.

Kipnis and Rizzo's backup dancers are back home tonight. @WatchMarquee sets the table at 6pm with #Cubs Live! pic.twitter.com/D1h4Vk7KdV