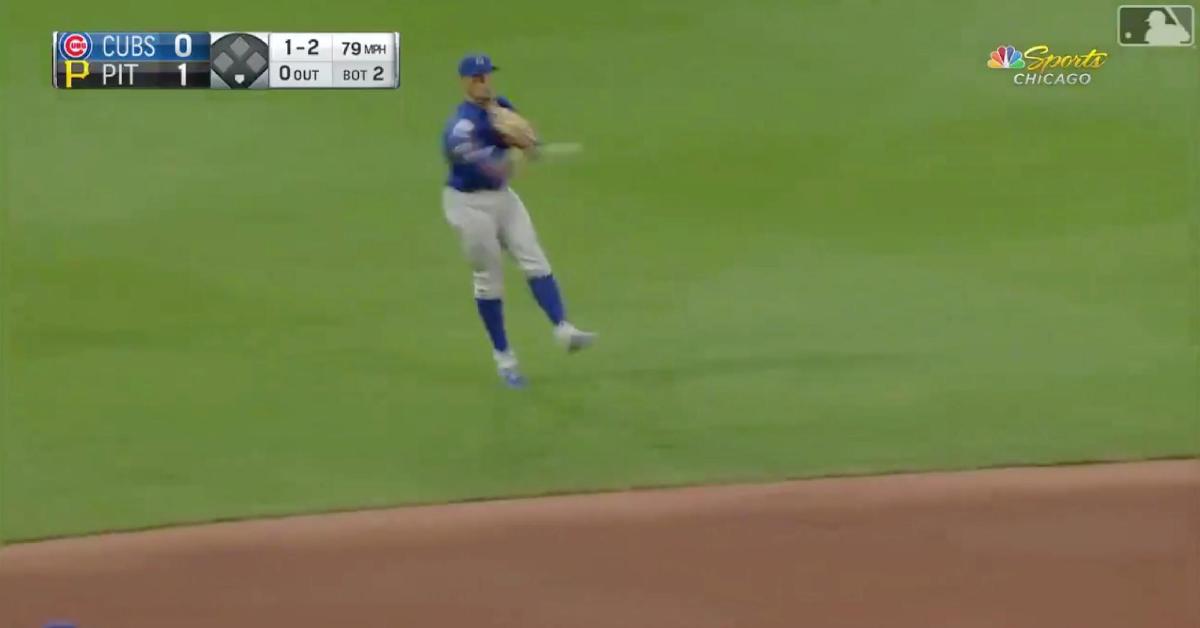 PITTSBURGH — The Chicago Cubs' dynamic defensive duo of shortstop Javier Baez and first baseman Anthony Rizzo teamed up for a spectacular defensive play against the Pittsburgh Pirates on Tuesday. In the bottom of the second at PNC Park, Pirates third baseman Colin Moran led off with a grounder that Baez chased down at the back edge of the infield. Baez proceeded to fire an impressive throw that Rizzo hauled in with an even more impressive catch.

Baez hustled to field the grounder and then threw a laser across his body that sailed across the diamond. Rizzo is known for being a big man with the capability of performing a split, and it took a split for him to snag Baez's throw. Leaning out as far as possible while keeping one foot planted on first base, Rizzo gloved the baseball and outed Moran to cap off a spectacular web gem.