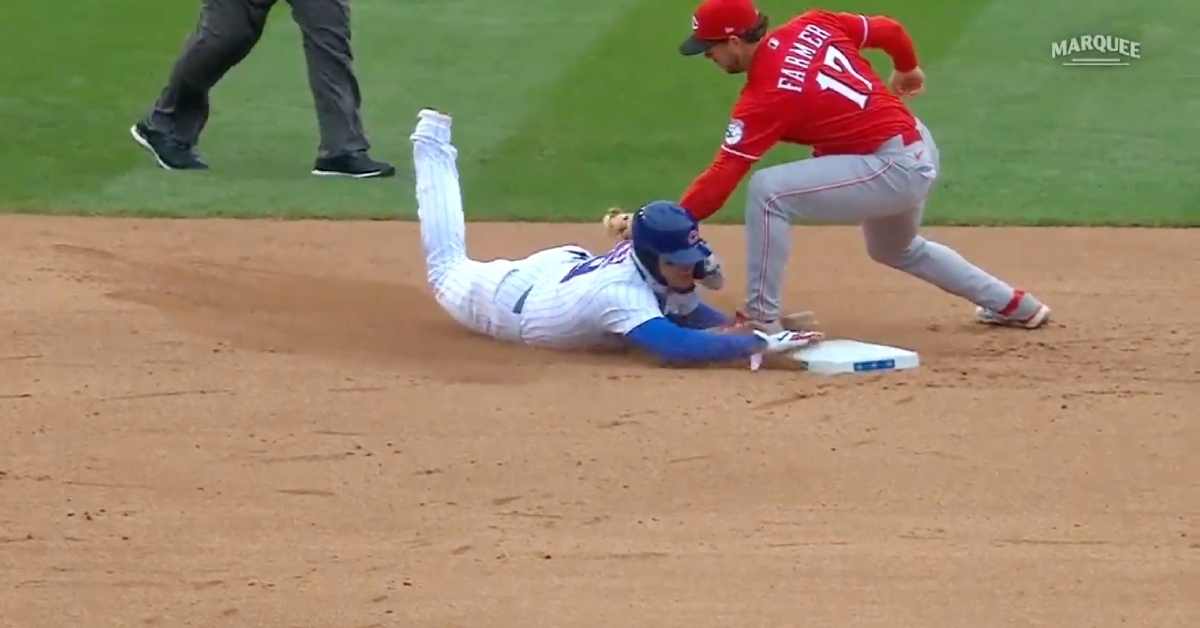 Javier Baez broke out his trademark swim move and recorded his eighth steal of the season.

CHICAGO – Using his trademark swim move, Chicago Cubs shortstop Javier Baez successfully avoided being tagged on a steal attempt on Friday. Baez was initially called out, but a Cubs challenge resulted in the call being overturned in the bottom of the fourth at Wrigley Field.

Following a single by Baez, "El Mago" stole second base with Cincinnati Reds starter Vladimir Gutierrez pitching to center fielder Ian Happ. Shortstop Kyle Farmer applied the tag on Baez after receiving a throw from catcher Tucker Barnhart, but the tag was late, as Baez swiped his right arm around Farmer and slid in safely at second base. Baez was left stranded, though, keeping the game tied 0-0 for the time being.

Too cold for a swim?