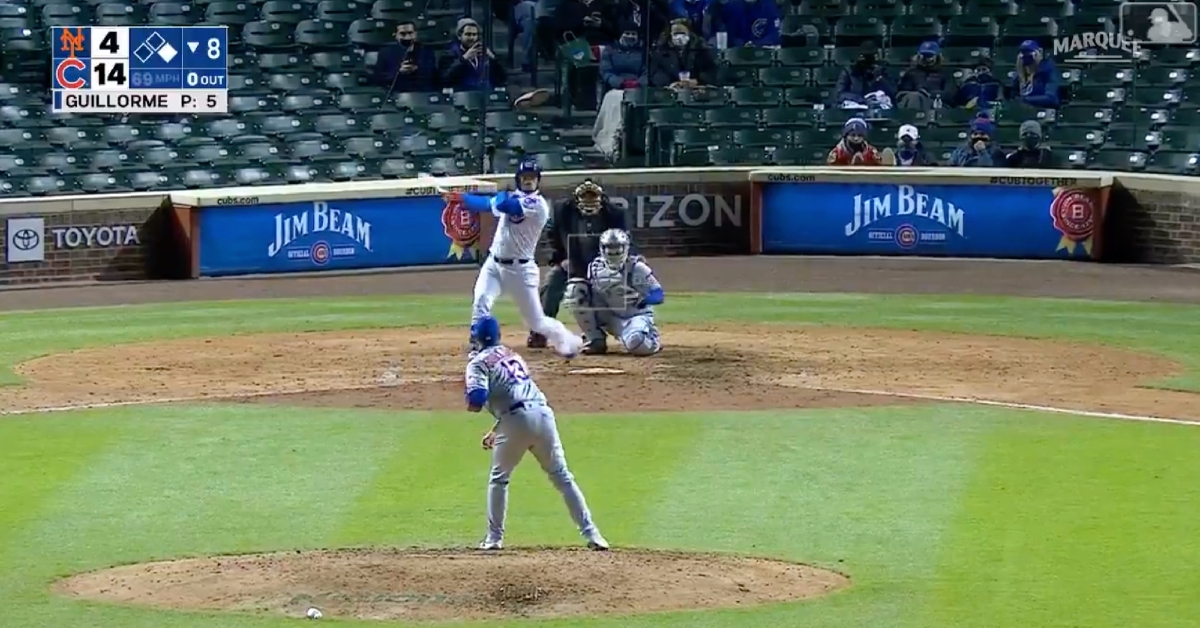 Javier Baez hit left-handed against a position player and flied out to the opposite field.

CHICAGO — When a position player pitches late in a Chicago Cubs romp, the chances are high that, should he step up to the plate, Javier Baez will bat left-handed. The naturally left-handed shortstop is a lefty in everything that does not involve throwing a ball or swinging a bat. Although he is not exactly a true switch hitter, Baez is adequate enough at batting from the left side of the dish that he has a propensity to try it out against subpar pitching.

With the Cubs leading 14-4 on Wednesday, New York Mets infielder Luis Guillorme pitched the eighth inning and gave up two runs, setting up the eventual final score of 16-4 at Wrigley Field. Following a leadoff walk drawn by first baseman Anthony Rizzo, a lefty "El Mago" looked at strike one and then swung at a 69-mph four-seamer that and sent it to left field for nothing more than a routine flyout.

.@javy23baez gives it a ride from the left side! pic.twitter.com/mxGT5nUugS

It is safe to say the the left-handed flyout was a far cry from the right-handed grand slam that Javy hit in his previous at-bat. With that being said, the elusive lefty home run that Baez assuredly so desperately wants to hit in the big leagues will have to wait at least until the next lopsided Cubs victory.