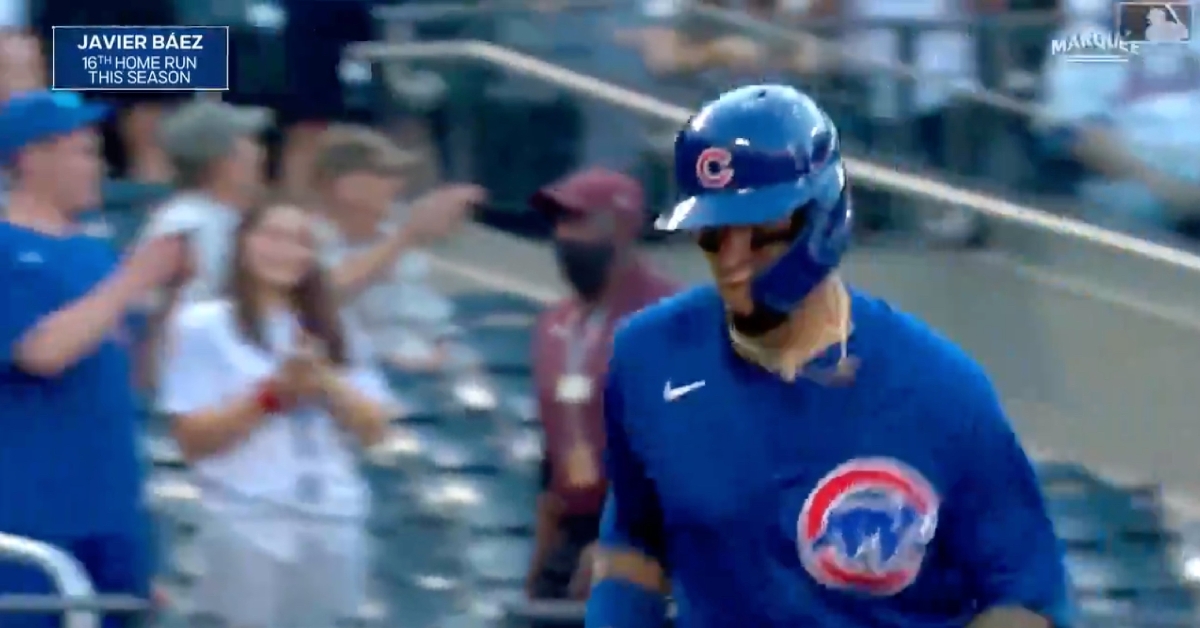 Javier Baez slugged his 16th home run of the year in the top of the first on Thursday.

NEW YORK — Wasting little time in giving the Chicago Cubs the lead on Thursday, shortstop Javier Baez walloped a lengthy two-run blast in the opening inning. Baez smacked a dinger in the third plate appearance of the game, taking New York Mets starter Marcus Stroman deep at Citi Field and putting the Cubs up 2-0 in the top of the first.

The 425-foot jack sailed out to straightaway center field, landing in the enclosure containing the big, red apple. Leaving the bat at 108.1 mph and 26 degrees, the long ball came on an 85.9-mph slider. Third baseman Kris Bryant was plated by Baez's homer after singling in the previous at-bat. Baez now has 16 home runs and 44 RBIs on the season.

Javy takes a bite out of the Big Apple. pic.twitter.com/rRaPFXtOF0