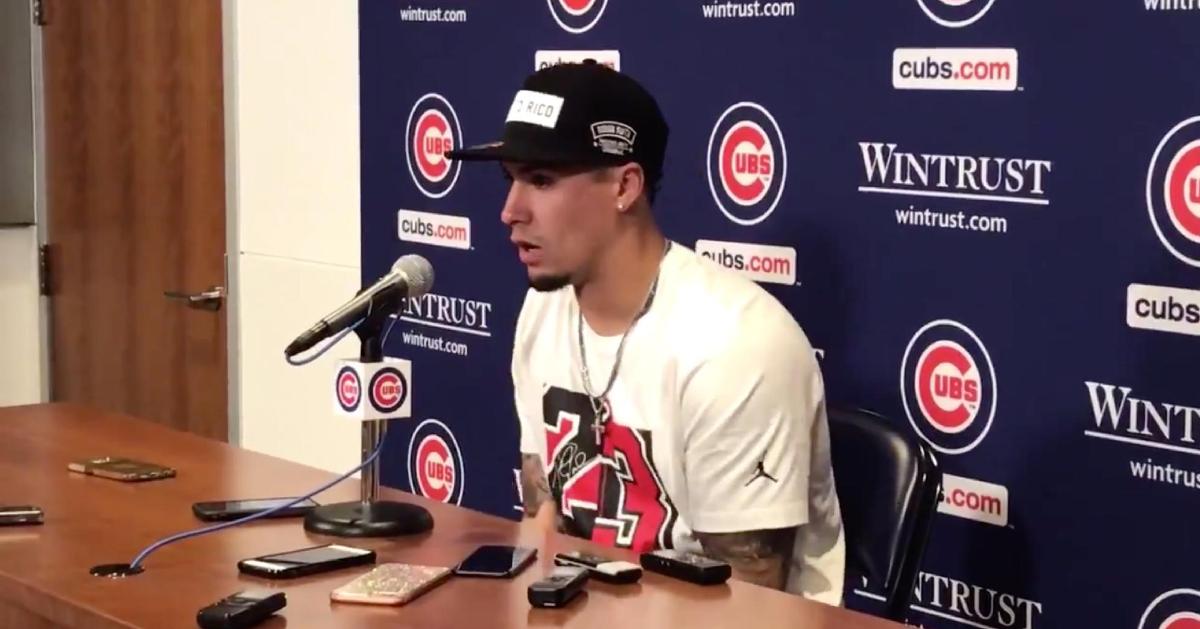 Javier Baez talked about the impact that David Ross had on him in the early days of his MLB career.

CHICAGO — Monday night's contest at Wrigley Field between the Chicago Cubs and the Oakland Athletics was broadcast nationally by ESPN, and former Cubs catcher David Ross was part of the broadcasting team for it. While calling the game, Ross praised Cubs shortstop Javier Baez, which led to Baez returning the favor in his postgame press conference.

"I remember when I came up, I used to ask a lot of questions, especially to Ross," Baez said.

Baez was asked by a reporter about the impact that Ross, who was a seasoned veteran for the Cubs when Baez was getting settled in at the big-league level, had on him in the early days of his big-league career. Sharing some of the wisdom that Ross passed down to him, "El Mago" revealed that Ross taught him the most by advising him to let the game of baseball serve as the ultimate teacher.

"He told me that I needed to play and let the game teach me things that I wanted to know," Baez recalled while speaking on Ross. "That was a big thing for me."