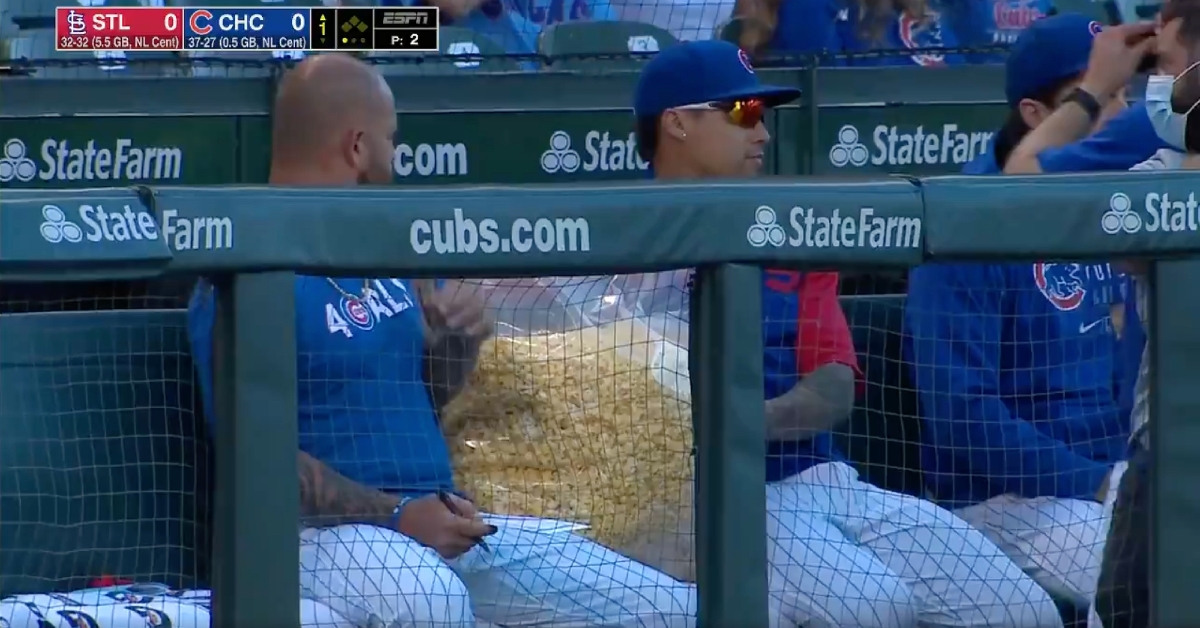 Javier Baez chowed down on popcorn while taking in Sunday's Cardinals-Cubs game.

CHICAGO — Javier Baez was scratched from the Chicago Cubs' starting lineup on Sunday due to a recurrence of the right thumb pain that caused him to miss the Cubs' series against the San Diego Padres earlier this week. The shortstop initially suffered the injury in an at-bat against the San Francisco Giants last weekend. "El Mago" still garnered attention on Sunday evening, though, but it was due to his dugout snacking, not a defensive highlight.

Taking advantage of his night off, Baez munched on popcorn — likely from a concession stand — in the dugout while the Cubs took on the St. Louis Cardinals at Wrigley Field. Baez was seen on camera with a gigantic bag of popcorn sitting by his side in the home dugout at the Friendly Confines. Second baseman Nico Hoerner, who is currently on the injured list, and quality assurance coach Mike Napoli helped themselves to some kernels. The Cubs players suiting up in Sunday's game might have snuck a few handfuls of popcorn, too.