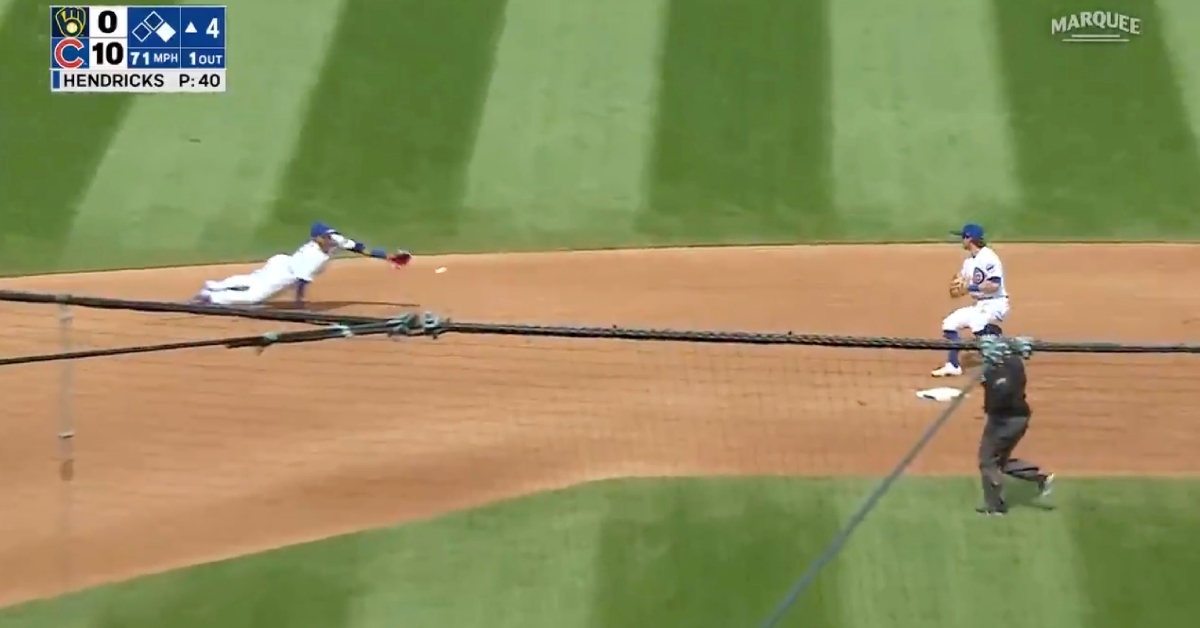 CHICAGO — Breaking out his "El Mago" alter-ego, Chicago Cubs shortstop Javier Baez pulled off a remarkable diving stop and glove flip to second base as part of an inning-ending double play on Friday. Milwaukee Brewers first baseman Keston Hiura was robbed of a hit, and the 6-4-3 double play made possible by Javy's defensive prowess ended the top of the fourth.

Baez laid out and made a diving stop of a hard-hit grounder off the bat of Hiura. As if the Superman dive were not enough, Baez proceeded to make a perfect flip of the baseball out of his glove and right to second baseman Nico Hoerner.

In turn, Hoerner fired to first baseman Anthony Rizzo after outing right fielder Tyrone Taylor at second, and Rizzo completed the double play via a putout at first. With the Cubs already drubbing the Brewers 10-0, Baez's stupendous web gem generated even more excitement at Wrigley Field.