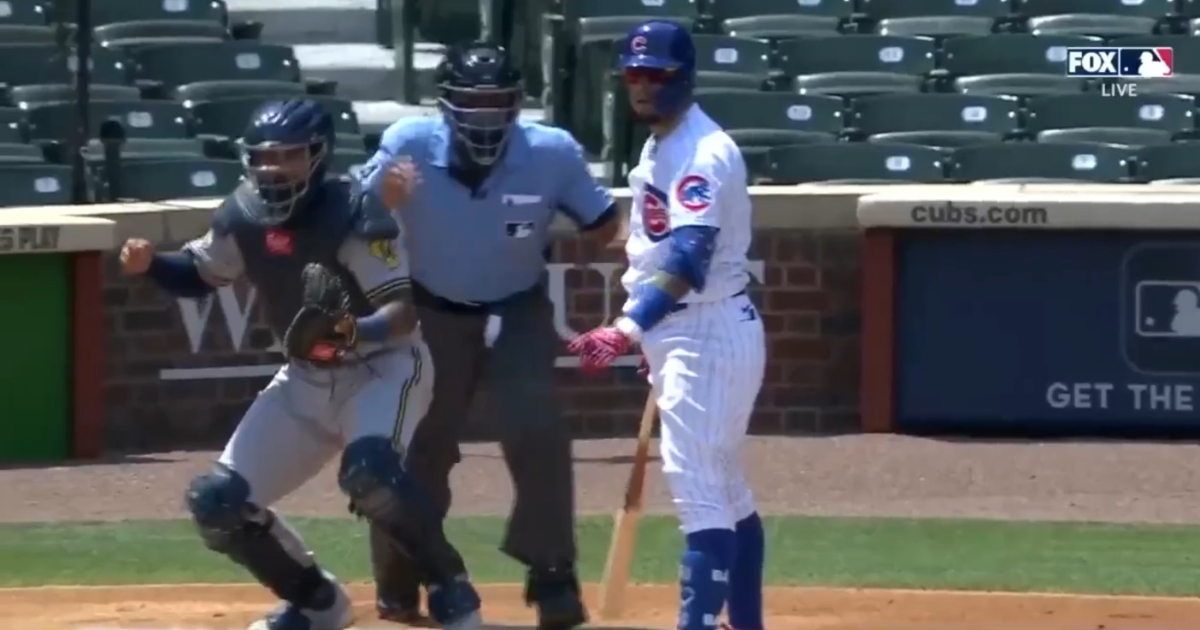 Javier Baez was quite emotional after getting hit by a 96-mph pitch. (Credit: Rick Scuteri-USA TODAY Sports)

CHICAGO — Chicago Cubs shortstop Javy Baez was on the wrong end of Milwaukee Brewers starter Corbin Burnes' control issues early in Saturday's contest at Wrigley Field. In the bottom of the first, Baez was hit on the hand by a 96-mph pitch and was far from pleased.

The hit by pitch was far from intentional, as Burnes was not on his game in the first frame. However, Baez was incensed, nonetheless, and shot Burnes a menacing glare before taking first base.

Perhaps as a result, Cubs catcher Willson Contreras celebrated a little excessively on his ensuing RBI single. First baseman Anthony Rizzo motored home from second base on the play, and Contreras pulled off an emphatic bat flip befitting of a home run while trotting up the baseline.